A career in management consulting provides preparation for C-level jobs.

In fact, 70 of the Fortune 500 CEOs have worked at McKinsey. Some of today's most prominent leaders including Facebook's COO Sheryl Sandberg, YouTube CEO Susan Wojcicki, and Alphabet CEO Sundar Pichai, have all worked at the so called "Big Three" firms, which include McKinsey, Bain & Co., and Boston Consulting Group (BCG).

A 2018 LinkedIn analysis of 12,000 CEOs from 20 countries found that the most common starting place for corporate leaders was consulting. Software engineers and analysts are the second and third most common positions.

It makes sense. There are some parallels between a CEOs' and consultants' jobs. Much like corporate leaders, consultants address a company's internal issues, analyze complex problems, and identify a range of possible solutions to position the company toward growth.

Highly successful consultants, who have CEO potential, are those who exhibit strong people leadership skills and want to be the decider rather than the adviser in operations, Harvard Business Review reported.

To better understand how consultants successfully make this transition, Business Insider compiled a list of 10 C-suite executives and their reflections on how a management consulting background helped them in their careers, and the career advice they'd give to young professionals.

Hayden Brown, president and CEO of Upwork, was a senior business analyst at McKinsey. 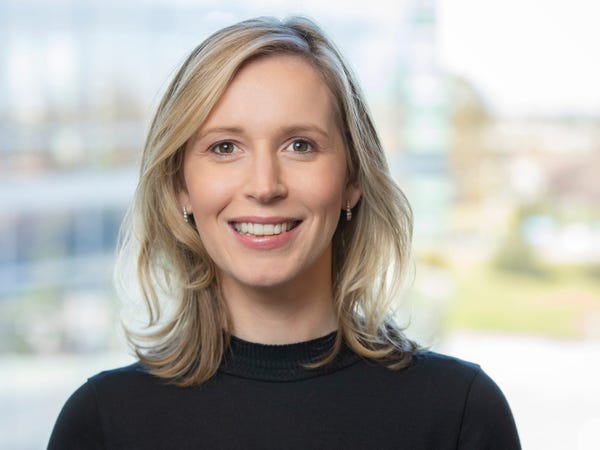 Brown is the president and CEO of Upwork, a global platform that works with more than 133,000 employers including Microsoft, NASDAQ, and General Electric to hire remote workers. She's a former senior analyst at McKinsey, where she developed strategy and operations for national healthcare systems.

In an interview with Business Insider, Brown shared that one key skill she learned in consulting was to listen and ask questions.

"So much of the job is just trying to understand complex problems and move up the learning curve," she told Business Insider. "When you're early in your career as a consultant, you're not ever the expert."

When Brown joined Upwork as CEO, she used the first three months listening to employees and learning from people across every aspect of the business, she said.

Indra Nooyi, former chairman and CEO of Pepsico and board member at Amazon, was an international corporate strategist at Boston Consulting Group (BCG). 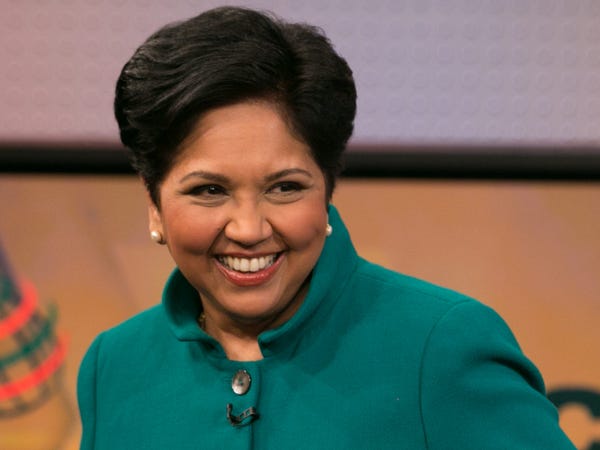 Indra Nooyi became PepsiCo's first female CEO in 2006, and she's also the company's first CEO who wasn't born in the US. Having spent six years as a consultant at BCG, Nooyi described that experience as the foundation of her career, and "absolutely the best job to go into."

"I don't think I could have gotten here without a strategy consultant background because it taught me inductive thinking," she told Fast Company. "It taught me how to think of the problem in micro terms, but also to zoom out and put the problem in the context of its broader environment."

The ability to focus both on the details and the big picture helped Nooyi as she shouldered the leadership responsibility of a multi-billion dollar company, she said.

Meg Whitman, former CEO of eBay, HP, Hewlett Packard Enterprise and now CEO of Quibi, rose through the ranks at Bain & Co. from an entry-level consultant to senior vice president in eight years. 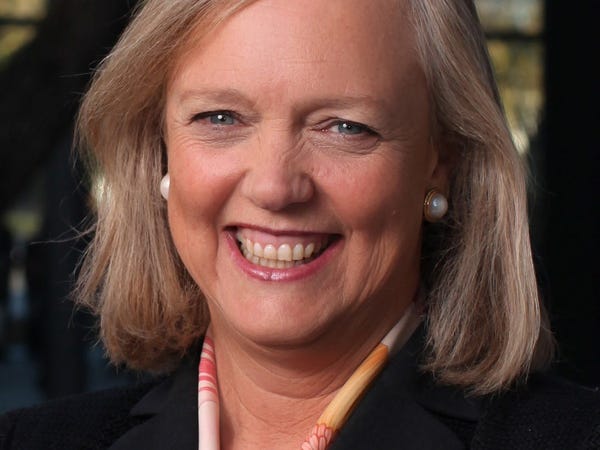 Whitman has served as CEO four companies. While she worked at Bain & Co., she climbed up the ladder from entry-level consultant to senior vice president.

But, the CEO said she'd pursue engineering rather than consulting if she had a do-over. Whitman said she knew technology was going to the defining industry, and an engineering background would've made her more equipped.

"And even if you're not a working engineer, that discipline, that understanding of thought process and of technology, is super valuable," she told Refinery29.

Steve Hafner, CEO of OpenTable and Kayak, worked as a project leader at BCG for three years. 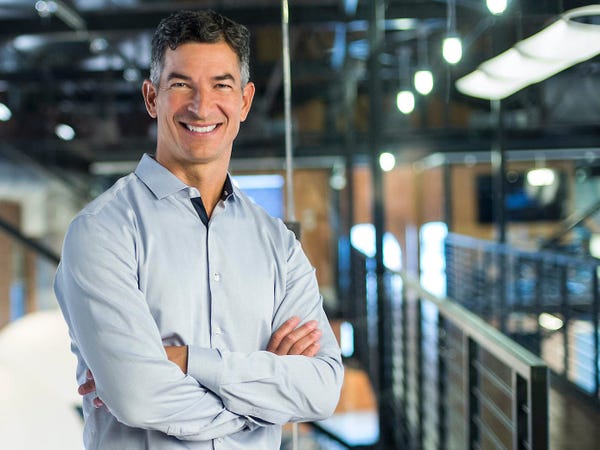 In a Medium post, Hafner explained he took a job at BCG right after business school graduation because "it paid well and he enjoyed working with smart people." He also always knew he wanted to start a company.

In 1999, when airlines hired BCG to develop an online travel site, Hafner saw an opportunity. That site eventually became Orbitz, and he left the consultancy to help build it, he said. Hafner now oversees two major websites — OpenTable and Kayak — that connect consumers to millions of travel and dining reservations.

Ultimately, the networking opportunities that came with a consulting career helped Hafner make his career change.

"The world's a big place and there's so much to learn," he told Medium. "Don't get trapped by routines or popular notions of success like grades. You grow the most when you try new, harder, inconvenient stuff."

Dave Gilboa, cofounder and co-CEO of Warby Parker, worked as a senior associate consultant at Bain & Company from 2003 to 2006. 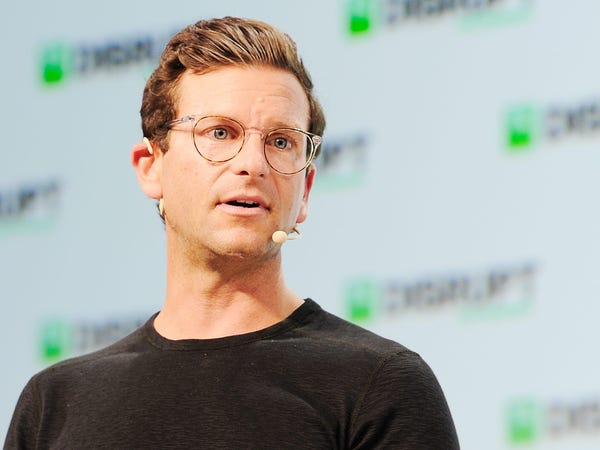 Three years after Gilboa left Bain & Co. as a senior associate consultant, he founded Warby Parker, one of the first companies to take a direct-to-consumer approach to selling eyeglasses, Business Insider previously reported.

Gilboa told Bain & Co. that a consulting background taught him the importance of having an outside perspective when dealing with company problems. This lesson led to Warby Parker's practice of rotating every employee through customer-service teams, Gilboa added.

The cofounder also shared that Bain's alumni network connected him to the company's earliest investors and partners.

"Any time we've had a question, looking for advice or candidates, or finding ways to work with other organizations, it has been something we've leveraged quite a bit," he said.

Susan Wojcicki, CEO of YouTube and Google's 16th employee, was a management consultant at Bain & Co. 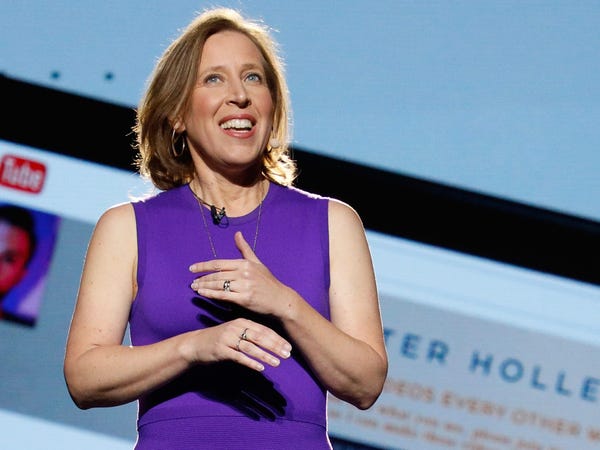 Wojcicki joined Google in 1999 as the company's 16th employee, and she rose through the ranks to become YouTube's CEO in 2014. She ranks 38th Forbes' 2020 list of America's Richest Self-Made Women with an estimated $580 million net worth.

Wojcicki's first job after college was at Bain & Co. She also worked at Intel and R.B. Webber & Company, another consultancy, before renting out garage space to two Stanford students in 1998, where they built Google.

"Don't overplan your life," the CEO previously said. "Joining Google when I was four months pregnant was a bit of a leap, but sometimes you have to do the right thing for you right now."

Kathryn Minshew, founder and CEO of The Muse, was a business analyst at McKinsey. 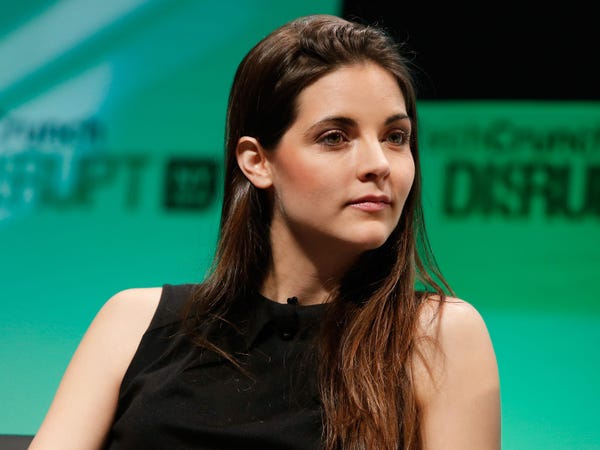 Minshew's own workplace struggles at McKinsey and Clinton Health Access Initiative inspired her to build The Muse, a career-advice and job search platform.

Minshew said the first time she tried to negotiate a raise she felt so uncomfortable that she threw up afterward. The CEO's own experience in the workplace pushed her to create a career-guidance platform for young professionals.

Leaving McKinsey wasn't a hard decision for Minshew because she was already dedicating hours to working on her new business, Business Insider previously reported.

In an interview with Forbes, the cofounder said she used the skills she learned at McKinsey to "quickly understand the market, and to interview a few players at related companies to learn what had and hadn't worked for them." 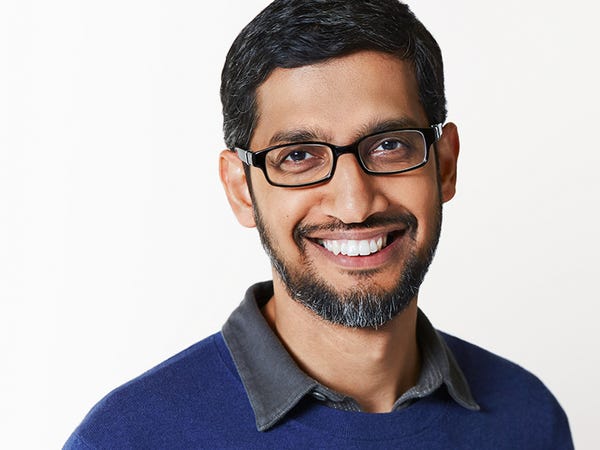 Pichai is one of the world's highest-paid executives after he was paid $281 million in total compensation in 2019. Right before he joined Google in 2004, Pichai worked at McKinsey as a management consultant.

During a 2020 virtual commencement speech, Pichai explained that he never thought he'd ever get to where he is. The only thing that got him to his success — other than luck — was a passion for technology and an open mind, he said.

"Take the time to find the thing that excites you more than anything else in the world," he said. "Not the thing your parents want you to do, or the thing that all your friends are doing, or that society expects of you."

Pichai urged people to challenge the things they think are wrong, Axios reported. In other words, don't be afraid to question how things are usually done and explore ways to make it better.

"There are probably things about technology that frustrate you and make you impatient," he said. "Don't lose that impatience. It will create the next technology revolution and enable you to build things my generation could never dream of."

John Donahoe, CEO of Nike, started his career as an associate consultant at Bain & Co. and then became president and CEO of the consulting firm in 1999. 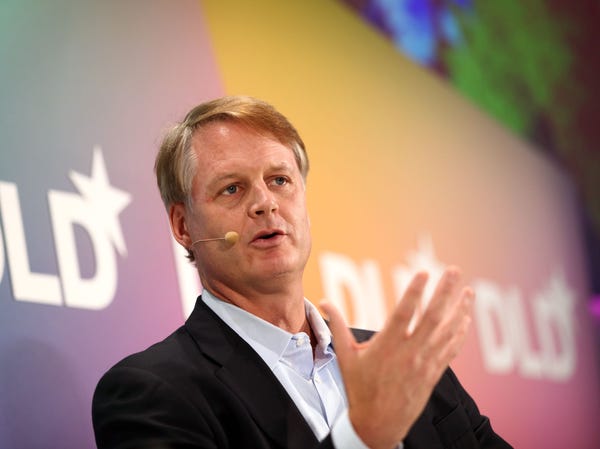 Donahoe has served as president and CEO at four major companies including eBay, Bain & Company, ServiceNow, and Nike.

Throughout his career, Donahue abided by "presume trust," a leadership principle he learned from a summer job and right before he started working at Bain, CNBC Make It reported. Rather than having employees earn trust from managers, Donahoe believes that it's better to presume trust until someone does something untrustworthy.

He used this concept at Bain, and later at eBay and Nike as CEO.

Jen Wong, former executive at Time and COO of Reddit, spent five years working as an associate partner at McKinsey. 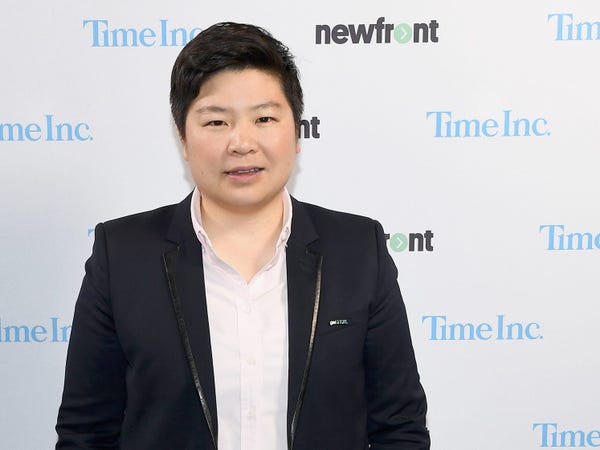 Having extensive experience in digital operations at Time, Popsugar, and AOL, Wong joined Reddit as COO in 2018. She's also named as one of Fast Company's "Queer 50" list of the most influential LGBTQ+ women in business and tech.

Right before she joined McKinsey as a management consultant, Wong went to business school in hopes for a career change, she said during a Second Life podcast episode. She had an academic degree in math and finance, but she wanted to hit the "reset button" for a more managerial job.

Wong's MBA degree landed her a position at the top consulting firm, where she got a bird's eye view into the inner workings of Fortune 500 companies, she added.

"It's almost like going shopping at different companies," she said. "You try on different cultures, and you get to porpoise in and out. Often, it's a career accelerant because that volume of education that you get is unprecedented."