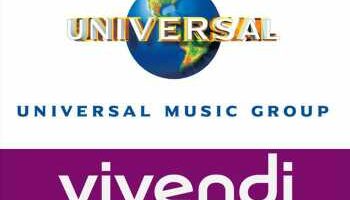 The proposed deal represents an enterprise value of 35 billion euros for UMG. In Paris, Vivendi shares were losing around 1 percent.

The planned acquisition would be subject to customary closing conditions including the authorization to be given by Vivendi shareholders at the June 22 Shareholders’ Meeting. It is not subject to additional due diligence.

After Vivendi completes its previously announced listing of UMG on Euronext Amsterdam in the third quarter, the special purpose acquisition company PSTH plans to distribute the acquired UMG shares to its shareholders. Following the deal closure, PSTH shareholders will own three separately traded securities.

Unlike most SPAC business combinations, PSTH and UMG will not combine into one company following the deal.

Ackman, CEO of PSTH, said, “Led by Sir Lucian Grainge, it has one of the most outstanding management teams that I have ever encountered. Importantly, UMG meets all of our acquisition criteria and investment principles as it is the world’s leading music company, with a royalty on the growing global demand for music.”

PSTH expects to fund the acquisition with cash held in its trust account from its IPO, i.e., around $4 billion plus interest, and around $1.6 billion in additional funds from the exercise of its Forward Purchase Agreements with the Pershing Square Funds and affiliates.

Around $4.1 billion of these proceeds will be used to buy the UMG Shares and pay transaction costs, with the $1.5 billion balance to be retained by PSTH Remainco.

Last month, Vivendi said it would propose the setting up of a governance structure for UMG, which is expected to list its shares on the Euronext Amsterdam stock exchange on September 27, 2021.

Furthermore, Vivendi would retain 10 percent of the UMG share capital for a minimum period of two years in order to remain associated with the development of its subsidiary.

In January this year, a Tencent Holdings-led consortium acquired additional 10 percent equity stake in UMG, lifting its ownership to 20 percent.

In Paris, Vivendi shares were losing around 1 percent to trade at 28.98 euros.