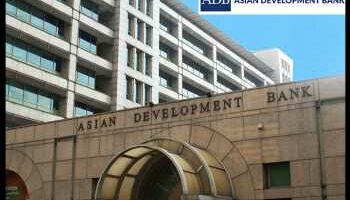 The Asian Development Bank downgraded the developing Asia’s growth outlook as a resurgence of the COVID-19 infections, new virus variants and an uneven vaccine rollout weighed on the economic recovery.

In the Asian Development Outlook Supplement, released Tuesday, the growth outlook for 2021 was revised down marginally to 7.2 percent from 7.3 percent, while the projection for 2022 was upgraded to 5.4 percent from 5.3 percent forecast in April.

East Asia’s 2021 growth forecast was raised to 7.5 percent from 7.4 percent, reflecting a strong first quarter. China was projected to expand 8.1 percent in 2021 and 5.5 percent in 2022 as favorable domestic and external trends align with April forecasts.

In South Asia, new waves of infections prompted the ADB to lower growth forecast for 2021 to 8.9 percent, followed by growth at 7.0 percent in 2022.

The forecast for Southeast Asian growth in 2021was reduced to 4.0 percent from 4.4 percent as some countries re-imposed pandemic restrictions, followed by 5.2 percent growth in 2022.

Central Asia’s growth prospects for 2021 were revised up to 3.6 percent from 3.4 percent. The Pacific forecast, by contrast, was slashed to 0.3 percent from 1.4 percent as Fiji tightened containment measures.

The inflation outlook for developing Asia was revised up slightly to 2.4 percent from 2.3 percent projected in April, reflecting higher prices for oil and other commodities, as well as currency depreciation in several Central Asian economies.

Inflation was expected to reach 2.7 percent in 2022, as envisaged in Asian Development Outlook 2021.