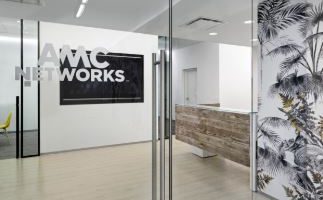 EXCLUSIVE: AMC Networks is letting go 10% of its U.S. workforce, eliminating nearly 100 positions in a reorganization designed to streamline the company’s linear and streaming operations.

CEO Josh Sapan announced the cuts during a virtual town hall meeting earlier today, company insiders tell Deadline. He said a months-long strategic evaluation of the company had focused on an overhaul of its structure to emphasize areas with the greatest growth potential as streaming becomes more central to the entire industry. Similar to the view of other media leaders confronting the march of technology, Sapan said a central objective for 2021 and beyond will be to change how the company operates. Acquiring streaming customers, for example, is a different organizational process than driving higher affiliate fees.

Other media companies, including WarnerMedia and NBCUniversal, have recently shed jobs in restructuring efforts, and ViacomCBS and Disney have similarly streamlined as a result of major mergers. Disney several weeks ago unveiled a sweeping reorg and its ESPN unit eliminated 500 positions.

Several groups across AMC Networks are affected by the cuts, but specifics about the new structure have not yet been revealed. Those departing will do so by the end of 2020. One notable aspect to the reductions is that the LA-based content team will not be hit.

Change has already been in the air at the company in recent months. Sarah Barnett exited over the summer as president of AMC Networks Entertainment Group after an 11-year stretch. On the heels of that news, WE tv chief Marc Juris and IFC Films co-head Lisa Schwartz set their exits, capping runs of seven and 14 years at the company, respectively. At around the same time, Miguel Penella added emerging service AMC+ to his streaming portfolio in an expansion of his role.

As with other companies heavily invested in linear TV programming, AMC Networks is facing challenges as the pay-TV bundle shrinks and traditional viewing and advertising decline. The company has pursued a niche streaming strategy via Shudder, Acorn TV, UMC, IFC Films Unlimited, Sundance Now and AMC+, steering clear of the massive investments of mass-audience offerings like Disney+ or HBO Max. Though they draw smaller audiences, as a group the portfolio is exceeding internal targets en route to 5.5 million subscribers by the end of 2020, the company said during its third-quarter earnings report this month. AMC+ has been on a particularly steep adoption curve, expanding from initial carriage on Comcast, Dish and Sling to Amazon Fire TV and Apple.

On the traditional distribution side, the company also renewed carriage of its networks on AT&T platforms, including DirecTV, on favorable terms over the summer.

Originally known as Rainbow Media when it was part of Cablevision, AMC Networks rebranded and was spun out into a separate, publicly traded entity in 2011. Given its modest scale relative to some media peers and its stable of popular content like The Walking Dead and Killing Eve, it has frequently been the subject of takeover speculation. The Dolan family controls a large amount of shares and would have to agree on terms of a sale. Cablevision founder Charles Dolan, 93, stepped down as executive chairman of AMC Networks in September and became chairman emeritus, with son James Dolan becoming nonexecutive chairman.

Cablevision, for decades a New York-area power in pay-TV, finally got acquired by Altice in a $10 billion deal that closed in 2016 after years of sale rumors. The Dolans also control various sports and entertainment assets, including Madison Square Garden and two of its key tenants, the New York Knicks and Rangers.