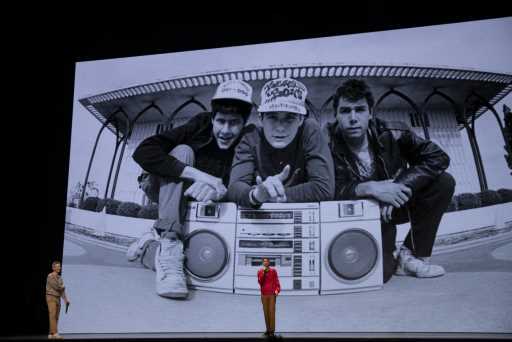 Apple said Wednesday that it has pulled out of attending SXSW, the film, TV, music and tech festival that is due to kick off next week in Austin. The move, which Deadline has confirmed, includes exits for the premieres of Apple originals like Spike Jonze’s documentary Beastie Boys Story.

Apple joins fellow tech biggies Facebook, Twitter and Amazon, who previously said they will exit the fest as companies continue to grapple with how to address the widening coronavirus epidemic in the U.S. and around the world.

Also no longer SXSW-bound with today’s Apple decision are special screenings of Central Park, the new animated series from Bob’s Burgers‘ Loren Bouchard; Home, a new docuseries that explores the world’s most innovative homes and their builders and Boys State, Apple and A24’s documentary they snapped up for a record $12 million at Sundance.

On Tuesday, Amazon Studios confirmed it was pulling out of this year’s SXSW, which runs March 13-22. That decision included all Amazon-related activities at the festival, including two world episodic premieres: Greg Daniels’ sci-fi show Upload and Matt Reeves and Nathaniel Halpern’s Tales From the Loop.

SXSW has said it’s monitoring the situation but has remained firm on not canceling or postponing the festival, saying it is “working closely with local, state, and federal agencies to plan for a safe event.”