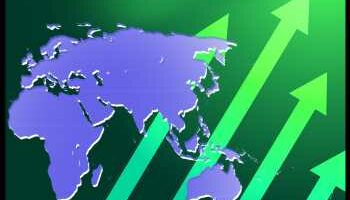 The Australian stock market is slightly lower on Thursday, retreating from record all-time highs and extending the losses of the previous session, with the benchmark S&P/ASX 200 staying below the 7,300 level, as gains in mining and technology stocks were offset by weakness in energy and the financial sector. The cues overnight from Wall Street were mixed.

Investor are also concerned as some parts of New South Wales go under additional restrictions after local coronavirus infections grew by 16 cases overnight following NSW’s COVID outbreak. Authorities were mainly concerned about four infections that they had been unable to link to known cases.

Among major miners, BHP Group, OZ Minerals and Rio Tinto are gaining almost 1 percent each, while Fortescue Metals and Mineral Resources are adding more than 1 percent each.

Oil stocks are lower. Oil Search and Origin Energy are losing more than 1 percent each, while Woodside Petroleum, Beach Energy and Santos are down almost 1 percent each.

Among Tech stocks, Appen and WiseTech Global are gaining more than 2 percent each, while Xero is losing almost 2 percent. Afterpay is adding more than 5 percent after announcing plans to let its U.S. users ‘buy now, pay later’ at 13 major non-partner U.S. merchants, including Target, CVS, Dell, Macy’s and Nike.

Among the big four banks, Commonwealth Bank, Westpac, National Australia Bank and ANZ Banking are all losing almost 1 percent each. Westpac has decided it will not offload its New Zealand business, after a review found a demerger was not in the interests of shareholders.

In other news, shares in Woolworths are plunging more than 12 percent after splitting from drinks behemoth Endeavour Group, which has listed as a separate entity. Endeavour is the owner of BWS and Dan Murphy’s.

In the currency market, the Aussie dollar is trading at $0.757 on Thursday.

The Japanese stock market is slightly higher after paring the early losses on Thursday, recouping the losses of the previous session, with the benchmark Nikkei 225 just above the 28,900 level, following the mixed cues overnight from Wall Street. Traders remain upbeat following yesterday’s positive comments on the economy from the Bank of Japan.

In the tech space, Advantest is losing almost 2 percent, while Screen Holdings is gaining almost 1 percent and Tokyo Electron is edging up 0.1 percent.

The major exporters are mixed. Mitsubishi Electric is losing more than 2 percent and Sony is edging down 0.3 percent, while Panasonic is gaining almost 1 percent. Canon is flat.

Among the other major gainers, Eisai is gaining 3.5 percent, while Mitsui Mining & Smelting and Alps Alpine are adding almost 3 percent each. Pacific Metals, Sumco, Nikon, Sumitomo Dainippon Pharma, Sumitomo Metal Mining, Subaru and Hino Motors are all up more than 2 percent each. Kawasaki Heavy Industries, Fujikura and JFE Holdings are rising almost 2 percent each.

Conversely, Japan Exchange Group is losing more than 3 percent and Mitsubishi Electric is down more than 2 percent, while Takara Holdings, Mitsubishi Estate, West Japan Railway, Ricoh are lower by almost 2 percent each.

In the currency market, the U.S. dollar is trading in the 111 yen-range on Thursday.

Elsewhere in Asia, Hong Kong, Taiwan, Indonesia, South Korea and Singapore are all higher by between 0.3 and 0.4 percent each. New Zealand and Malaysia are lower 0.1 and 0.3 percent, respectively. China is flat.

On Wall Street, stocks showed a lack of direction over the course of the trading day on Wednesday before eventually ending the session little changed. Despite the choppy trading, the tech-heavy Nasdaq inched up to a new record closing high.

Meanwhile, the major European markets all moved to the downside on the day. While the German DAX Index slumped 1.2 percent, the French CAC 40 Index slid 0.9 percent and the U.K.’s FTSE 100 Index slipped 0.2 percent.