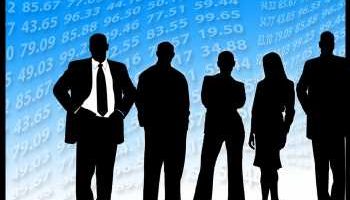 Asian stock markets are mostly higher on Wednesday following the overnight rally on Wall Street on news that the Trump administration is considering a fiscal stimulus package that could exceed $1 trillion to combat the economic impact of the COVID-19 pandemic.

Investor sentiment was boosted by recent announcements from central banks and various governments that are aimed at limiting the impact of the coronavirus outbreak on the global economy.

Meanwhile, the Australian market is sharply lower amid worries about the impact of the coronavirus pandemic on the Australian economy. Investor sentiment was dampened as more companies withdrew their earnings guidance, the Australian government imposed travel restrictions and airlines cancelled flights due to the COVID-19 outbreak.

In the oil space, Santos and Oil Search are falling more than 9 percent, while Woodside Petroleum is lower by more than 3 percent after crude oil prices plunged to a four-year low overnight.

In the banking space, ANZ Banking is lower by 6 percent, Westpac and Commonwealth Bank are losing more than 5 percent each, and National Australia Bank is declining more than 4 percent.

Among the major miners, Fortescue Metals is lower by more than 2 percent, Rio Tinto is declining almost 2 percent, and BHP is edging down 0.1 percent.

The Australian government said that the country’s ailing airlines will be given a A$715 million lifeline to help the sector through the coronavirus pandemic. However, Qantas Airways is tumbling more than 11 percent and regional carrier REX is falling more than 24 percent.

Virgin Australia said it will suspend all its international flights from March 30 to June 14, and further cut domestic capacity amid the COVID-19 outbreak. The airline’s shares are gaining more than 9 percent.

Shares of Kathmandu Holdings are falling more than 17 percent, while Mirvac is tumbling more than 6 percent and Aristocrat Leisure is lower by almost 3 percent. Ramsay Healthcare is rising almost 4 percent.

The Japanese market is advancing following the overnight rally on Wall Street amid stimulus optimism. In addition, sentiment was boosted by upbeat Japanese trade data for February.

Among the major exporters, Sony is gaining almost 5 percent, Mitsubishi Electric is higher by more than 3 percent and Canon is rising more than 1 percent, while Panasonic is declining 0.5 percent.

In the auto sector, Toyota Motor and Honda Motors are advancing more than 2 percent each.

In the tech space, Advantest is lower by almost 4 percent and Tokyo Electron is down 0.3 percent.

In the oil sector, Inpex is losing almost 4 percent and Japan Petroleum is tumbling more than 6 percent after crude oil prices fell to a four-year low overnight.

Among the other major gainers, Showa Denko is gaining almost 10 percent, Tokai Carbon is rising almost 9 percent and Kao Corp. is higher by almost 8 percent.

On the flip side, IHI Corp. is losing more than 8 percent, while Sumitomo Realty & Development and JGC Holdings are lower by almost 5 percent each.

On the economic front, the Ministry of Finance said that Japan posted a merchandise trade surplus of 1,109.845 billion yen in February. That beat forecasts for a surplus of 916.7 billion yen following the 1,312.6 billion yen deficit in January.

Exports were down 1.0 percent on year, exceeding expectations for a drop of 4.2 percent after sliding 2.6 percent in the previous month. Imports tumbled an annual 14.0 percent versus forecasts for a drop of 14.1 percent following the 3.6 percent decline a month earlier.

In the currency market, the U.S. dollar is trading in the lower 107 yen-range on Wednesday.

On Wall Street, stocks rallied on Tuesday in volatile trading, partly due to bargain hunting. Positive sentiment was also generated in reaction to President Donald Trump’s pledge to support industries that have been hit particularly hard by the outbreak, such as airlines. Subsequent reports indicated the Trump administration is considering a fiscal stimulus package that could exceed $1 trillion.

The major European markets also saw substantial volatility before closing sharply higher on Tuesday. While the German DAX Index surged up by 2.3 percent, the U.K.’s FTSE 100 Index and the French CAC 40 Index both soared by 2.8 percent.

Crude oil prices plunged sharply on Tuesday, extending recent losses, and settled at a fresh four-year low, amid concerns about outlook for energy demand. WTI crude for April fell $1.75 or about 6.1 percent to $26.95 a barrel, the lowest settlement price since February 2016.