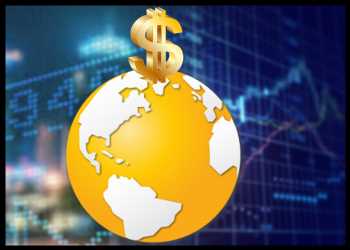 Asian stock markets are mostly higher on Wednesday with modest gains despite the weak cues overnight from Wall Street after a surprise interest rate cut by the Federal Reserve. The South Korean market is rising more than 2 percent after the government unveiled a $9.8 billion stimulus package to stem the economic fallout from the coronavirus outbreak.

The Australian market is notably lower as the surprise rate cut by the U.S. Federal Reserve failed to soothe investors’ concerns about the economic fallout from the rapidly spreading coronavirus. Investors also remained cautious as they looked ahead to the release of Australia’s GDP data for the fourth quarter later today.

The benchmark S&P/ASX 200 Index is declining 69.80 points or 1.08 percent to 6,365.90, after falling to a low of 6,326.10 earlier. The broader All Ordinaries Index is down 72.30 points or 1.11 percent to 6,439.30. Australian stocks snapped a seven-day losing streak to close higher on Tuesday after the Reserve Bank of Australia lowered its key interest rate by a quarter point to a new record low.

Among the major miners, Fortescue Metals is adding 0.4 percent and Rio Tinto is edging up 0.1 percent, while BHP is lower by almost 1 percent.

In the banking space, ANZ Banking, Westpac, National Australia Bank and Commonwealth Bank are lower in a range of 1.0 percent to 1.9 percent.

On the economic front, Australia will also see February data for the Performance of Construction Index from AiG today.

In the currency market, the Australian dollar is higher against the U.S. dollar on Wednesday. The local unit was quoted at $0.6584, compared to $0.6545 on Tuesday.

The Japanese market recovered after a weak start following the negative cues from Wall Street and is now modestly higher.

The major exporters are higher despite a stronger yen. Panasonic is advancing almost 1 percent, while Sony, Canon and Mitsubishi Electric are all adding 0.6 percent each.

Among auto stocks, Honda Motor is rising 0.7 percent, while Toyota Motor is down 0.3 percent. In the oil sector, Japan Petroleum is lower by 0.4 percent while Inpex is up 0.3 percent even as crude oil prices rose almost 1 percent overnight.

Among the major gainers, KDDI Corp. is rising more than 4 percent, Bandai Namco is higher by almost 4 percent and NTT Docomo is gaining more than 3 percent.

On the flip side, Chiba Bank is losing more than 3 percent, while Concordia Financial, Yaskawa Electric, Kyowa Kirin and Sumitomo Mitsui Trust are all lower by more than 2 percent each.

In economic news, Japan will see final February numbers for the services and composite indexes from Jibun Bank today.

In the currency market, the U.S. dollar is trading in the lower 107 yen-range on Tuesday.

Elsewhere in Asia, South Korea is rising more than 2 percent and Indonesia is advancing more than 1 percent, while New Zealand, Taiwan and Malaysia are modestly higher. Shanghai, Singapore and Hong Kong are lower.

On Wall Street, stocks closed sharply lower on Tuesday after the Federal Reserve announced a surprise decision to cut interest rates by 50 basis points to 1 to 1-1/4 percent. The move was partly seen as an effort to calm the markets in the wake of the coronavirus outbreak, but may have served to raise concerns about how severely the central bank expects the epidemic to impact the economy. Earlier, the G7 finance chiefs released a statement pledging to use “all appropriate policy tools” to address the economic fallout from the deadly coronavirus outbreak.

The major European markets all showed strong moves to the upside on Tuesday. While the U.K.’s FTSE 100 Index jumped by 1 percent, the German DAX Index and the French CAC 40 Index both surged up by 1.1 percent.

Crude oil prices surged higher on Tuesday amid expectations the Organization of the Petroleum Exporting Countries or OPEC and its allies will decide to deepen production cuts during their meeting this week. WTI crude oil for April delivery climbed $0.43 or about 0.9 percent to $47.18 a barrel.