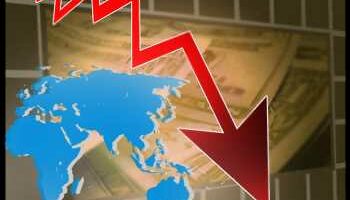 Asian stock markets are trading mostly lower on Thursday, ignoring the positive cues overnight from Wall Street, as traders remained cautious amid mounting fears over the fresh wave of COVID-19 infections in several markets. More countries might look to impose stricter restrictions if the spread of the virus does not show signs of slowing, raising concerns about the pace of global economic rebound. Asian markets closed mixed on Wednesday.

The Australian stock market is slightly higher after giving up most of the strong early gains on Thursday, extending the gains of the previous session, with the benchmark S&P/ASX 200 staying above the 7,300 level, following the positive cues overnight from Wall Street, with technology and mining stocks providing the boost. However, the upside is capped amid concerns about the rising local coronavirus cases in New South Wales.

The authorities have confirmed an extension to Sydney’s lockdown yesterday with a warning to brace for a spike in COVID-19 cases. NSW reported 38 new local coronavirus cases on Thursday, the highest in a day in more than 1 4 months.

Among major miners, BHP Group and OZ Minerals are gaining more than 2 percent each, while Mineral Resources is up almost 1 percent, Rio Tinto is adding almost 2 percent and Fortescue Metals is rising almost 3 percent.

Among the big four banks, Commonwealth Bank is losing almost 1 percent, while Westpac is flat. National Australia Bank and ANZ Banking are edging down 0.3 percent each.

In other news, shares in Sydney Airport are rising more than 3 percent after a consortium led by Macquarie Group is said to be exploring a rival offer for the airport operator to potentially challenge the IFM Investors’ $22.3 billion bid.

Shares in Zip Co. are surging almost 8 percent on reports that Swedish buy-now-pay-later giant Klarna may have taken a strategic stake of 4 percent stake worth about $160 million in the BNPL firm.

In the currency market, the Aussie dollar is trading at $0.746 on Thursday.

The Japanese stock market is modestly lower on Thursday, extending the losses of the previous session, with the benchmark Nikkei 225 just above the 28,200 level, ignoring the positive cues overnight from Wall Street, as traders remain cautious amid the continued acceleration in the new wave of coronavirus cases, particularly in Olympic city Tokyo.

The Japanese government is planning to declare another COVID-19 state of emergency in Tokyo until August 22 to combat a recent surge in infections. The Tokyo metropolitan government reported 920 new infections on Wednesday, the highest figure since mid-May.

Market heavyweight SoftBank Group is edging down 0.2 percent and Uniqlo operator Fast Retailing is losing almost 1 percent. Among automakers, Toyota is edging up 0.2 percent, while Honda is losing more than 1 percent.

In the tech space, Advantest is losing more than 1 percent, Screen Holdings is declining almost 2 percent and Tokyo Electron is down more than 2 percent.

In the banking sector, Sumitomo Mitsui Financial and Mitsubishi UFJ Financial are edging down 0.3 percent each, while Mizuho Financial is edging up 0.2 percent.

The major exporters are mixed. Mitsubishi Electric and Panasonic are edging up 0.4 percent, while Canon is flat. Sony is edging down 0.3 percent.

Among the other major losers, Otsuka Holdings is losing more than 4 percent and Inpex is down more than 3 percent, while Japan Steel Works, Mitsui Chemicals, Isetan Mitsukoshi Holdings and Keisei Electric Railway are declining almost 3 percent each. Komatsu, ANA Holdings, Marui Group, TDK, Nikon and Alps Alpine are all down more than 2 percent each.

In the currency market, the U.S. dollar is trading in the mid-110 yen-range on Thursday.

Elsewhere in Asia, Hong Kong is tumbling 1.9 percent and Malaysia is down 0.9 percent, while Taiwan, South Korea, Singapore and China are lower by between 0.3 and 0.7 percent each. New Zealand is flat. Indonesia is bucking the trend and is up 0.5 percent.

On Wall Street, stocks fluctuated over the course of the trading day on Wednesday before eventually ending the session modestly higher. With the uptick on the day, the S&P 500 and the Nasdaq once again reached new record closing highs.

The major European markets also moved to the upside on the day. While the German DAX Index jumped by 1.2 percent, the U.K.’s FTSE 100 Index climbed by 0.7 percent and the French CAC 40 Index rose by 0.3 percent.

Crude oil prices tumbled on Wednesday amid concerns that several leading oil producers will increase output following a disagreement over policy. West Texas Intermediate Crude oil futures for August ended down $1.17 or 1.6 percent at $72.20 a barrel.