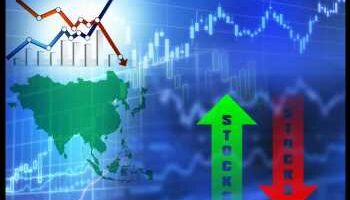 Asian stock markets are trading mixed on Thursday, following broadly negative cues overnight from Wall Street, as traders pick up stocks at reduced levels following the recent sell-off and on a continued spike in crude oil prices. Traders also remain concerned about the raging spread of the coronavirus omicron variant across the globe and its impact on the pace of economic recovery from the pandemic. Asian markets closed mostly lower on Wednesday.

Concerns also remain amid rising Treasury yields and worries over inflation and looming interest rate hikes after U.S. Treasury yields hit fresh two-year highs on Fed rate hike expectations. Most analysts believe a rate hike of at least 25 basis points from the FOMC is imminent, although some are now starting to think it may be a 50 bps boost.

The Australian stock market is modestly lower in choppy trading on Thursday, extending the losses in the previous two sessions, with the benchmark S&P/ASX 200 just above the 7,300 level, following the broadly negative cues overnight from Wall Street, as traders are worried over inflation and looming interest rate hikes after U.S. Treasury yields hit fresh two-year highs amid Fed rate hike expectations.

Among major miners, BHP Group is gaining almost 3 percent, OZ Minerals is up almost 2 percent and Mineral Resources is rising 3.5 percent, while Rio Tinto and Fortescue Metals are advancing 2.5 percent each.

Oil stocks are mostly higher. Woodside Petroleum is edging up 0.2 percent and Origin Energy is gaining almost 2 percent, while Beach Energy is edging down 0.3 percent. Santos is flat.

Among the big four banks, Commonwealth Bank and National Australia Bank are losing 1.5 percent each, while ANZ Banking is edging down 0.3 percent and Westpac is down almost 1 percent.

Gold miners are all strongly higher as gold prices spiked overnight. Newcrest Mining and Resolute Mining are gaining more than 4 percent each, while Northern Star Resources is surging more than 8 percent, Evolution Mining is soaring more than 9 percent and Gold Road Resources is advancing more than 5 percent.

In economic news, the unemployment rate in Australia came in at a seasonally adjusted 4.2 percent in December, the Australian Bureau of Statistics said on Thursday – beating handily expectations for 4.5 percent and down from 4.6 percent in November. The participation rate was 66.1 percent – unchanged from the previous month but shy of expectations for 66.2 percent.

In the currency market, the Aussie dollar is trading at $0.723 on Thursday.

The Japanese stock market is slightly higher in choppy trading on Thursday, recouping some of the sharp losses in the previous two sessions, with the benchmark Nikkei 225 staying above the 27,500 level, despite the broadly negative cues overnight from Wall Street, as traders picked up stocks at a bargain after the recent selloff amid the raging spread of the coronavirus omicron variant in the country, with new daily cases breaching the 40,000 mark for the first time on Wednesday.

In the tech space, Advantest and Tokyo Electron are losing almost 2 percent each, while Screen Holdings is declining almost 3 percent.

In the banking sector, Mitsubishi UFJ Financial is losing almost 1 percent and Sumitomo Mitsui Financial is edging down 0.3 percent, while Mizuho Financial is flat.

The major exporters are lower. Sony is gaining almost 4 percent and Canon is adding almost 1 percent, while Panasonic is losing more than 1 percent. Mitsubishi Electric is flat.

Among the other major gainers, Konami Holdings is gaining more than 5 percent, while Isetan Mitsukoshi and Ricoh are adding almost 4 percent each. Nexon, Itochu, Olympus and Unitika are advancing more than 3 percent each.

In economic news, Japan posted a merchandise trade deficit of 582.2 billion yen in December, the Ministry of Finance said on Thursday. That beat forecasts for a shortfall of 784.1 billion yen following the downwardly revised deficit of 955.6 billion yen in November (originally -954.8 billion yen). Exports climbed 17.5 percent on year, exceeding expectation for a gain of 16.0 percent following the 20.5 percent increase in the previous month. Imports were up 41.1 percent on year versus expectations for 42.8 percent and down from 43.8 percent a month earlier. For all of 2021, imports rose 24.3 percent and exports gained 21.5 percent for a trade deficit of 1.472 trillion yen.

In the currency market, the U.S. dollar is trading in the lower 114 yen-range on Thursday.

Elsewhere in Asia, New Zealand, China and Taiwan are lower by between 0.4 and 0.7 percent each. Hong Kong is surging 1.7 percent, while Singapore and Indonesia are up 0.1 and 0.3 percent, respectively. South Korea and Malaysia are relatively flat with a negative bias.

On Wall Street, stocks were unable to hold on to early gains on Wednesday, bouncing back and forth across the unchanged line before finishing in the red for the second straight session.

Meanwhile, the major European markets moved higher on the day. The U.K.’s FTSE 100 Index added 0.35 percent, while the German DAX Index and the French CAC 40 Index rose by 0.24 percent and 0.55 percent, respectively.

Crude oil prices continued their recent upward surge on Wednesday, rising for the fifth straight day to a fresh seven-year high following supply issues in the Middle East. West Texas Intermediate for February contract jumped $1.22 or 1.43 percent to $86.65 per barrel.