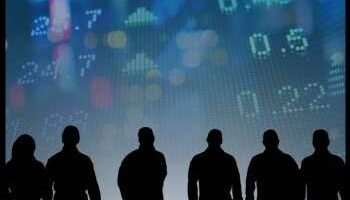 Investors awaited speeches by a number of Federal Reserve officials this week for additional clues on interest rates and monetary policy going forward.

Chinese shares ended slightly lower as investors waited for the virtual summit of the leaders of the U.S. and China set for this week. U.S. President Joe Biden and his Chinese counterpart Xi Jinping will exchange views on bilateral and international issues during the virtual meeting.

Industrial production in China was up 3.5 percent year-on-year in October, the National Bureau of Statistics said, exceeding estimates for 3.0 percent and up from 3.1 percent in September.

The bureau also said that retail sales jumped an annual 4.9 percent – again beating expectations for 3.5 percent and up from 4.4 percent in the previous month.

Fixed asset investment increased an annual 6.1 percent and the jobless rate came in unchanged at 4.9 percent last month, while the house price index was up 3.4 percent, slowing from 3.8 percent in the previous month.

Seoul stocks rallied amid foreign and institutional buying. The Kospi jumped 30.72 points, or 1 percent, to close just shy of the 3,000-point mark as investors scrutinized better than expected data from China.

Investors shrugged off the results of a survey showing that the services sector in New Zealand contracted at a faster pace in October.

U.S. stocks advanced on Friday despite worries about accelerating inflation and downbeat data showing an unexpected deterioration in U.S. consumer sentiment in November.

The Dow rose half a percent to end higher for the first time in four sessions, while the S&P 500 added 0.7 percent and the tech-heavy Nasdaq Composite climbed 1 percent.