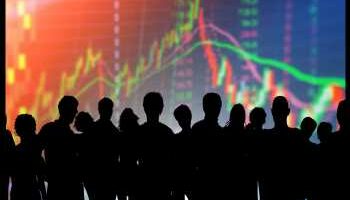 China’s Shanghai Composite Index tumbled 65.92 points, or 1.8 percent, to 3,536.29 as investors looked ahead to the release of the manufacturing, non-manufacturing and Caixin manufacturing purchasing managers’ indexes on Thursday.

Shortly after the closing bell, Fumio Kishida won the ruling party’s leadership vote, setting him on course to become the next prime minister.

Japan Post plunged 5.7 percent amid reports that the government may kick off the process to sell about 950 billion yen ($8.5 billion) shares in the company as early as this week.

Australian markets hit a four-month low as the coronavirus situation in the country, particularly in New South Wales and Victoria, remained a concern.

Mineral Resources slumped 5.6 percent and Champion Iron gave up 3.7 percent as iron ore prices declined on the back of power outages in China and lingering concerns over Evergrande’s default.

Seoul stocks hit a one-month low as tech heavyweights succumbed to heavy selling pressure on concerns over the widening power crunch in China.

Samsung Electronics declined 2.4 percent and SK Hynix shed 3.4 percent after Micron Technology Inc., the largest U.S. maker of memory chips, forecast current-quarter revenue below analysts’ expectations and warned that shipments for its memory chips were set to dip in the near term.

The Dow lost 1.6 percent, while the S&P 500 slumped 2 percent and the tech-heavy Nasdaq Composite plunged 2.8 percent to log their sharpest pullback since May.