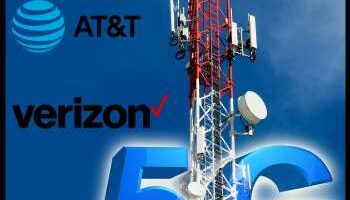 Telecom giants AT&T Inc. and Verizon Communications Inc. said they agreed to a two-week delay in their rollout of a new 5G service on C-Band frequencies at the request of U.S. transportation officials, reports said.

A day ago, the companies had rejected a Federal Aviation Administration or FAA request to further delay the long planned 5G rollout on January 5.

The mobile companies now said they have reached an agreement with the Department of Transportation to delay the launch until January 19. The companies had faced pressure from the Government officials and airlines to delay the launch over concerns that potential interference of 5G with sensitive aircraft electronics would disrupt flights.

Verizon Monday said it agreed to the delay “which promises the certainty of bringing this nation our game-changing 5G network in January..” Due to the agreed delay, Verizon had to cancel a celebration scheduled for 1PM ET on Tuesday to mark the beginning of its spectrum upgrade.

AT&T said, “At Secretary Buttigieg’s request, we have voluntarily agreed to one additional two-week delay of our deployment of C-Band 5G services. We also remain committed to the six-month protection zone mitigations we outlined in our letter. We know aviation safety and 5G can co-exist and we are confident further collaboration and technical assessment will allay any issues.”

The companies on Sunday had rejected the delay request by FAA of the rollout of the new 5G service, which was already delayed by 30 days. According to the officials and airlines, the new C-Band spectrum could cause widespread and unacceptable disruption to air traffic as 5G signals are feared to interfere with aircraft electronics, posing a safety hazard.

Responding to the delay request, the CEOs of both telecom giants in a joint letter to the U.S. Department of Transportation had said the request seeks to take more steps that would be to the detriment of their millions of consumers, business, and government customers.

The companies, however, offered then to alter the use of the C-Band spectrum for a six-month period, until July 5, 2022, near certain airports that will be selected in negotiations with U.S. officials and the aviation industry.

The FCC approved 5G transmissions in the C-Band in February 2020, and AT&T and Verizon spent a combined $69 billion to purchase C-Band spectrum licenses in a U.S. Government auction.

AT&T and Verizon recently said the U.S. Government had approached them in November 2021 to ask to delay their planned C-Band deployment on December 5 in order to avoid potential disruption to the aviation industry.

Despite the works of thousands for almost a year and billions spent towards a C-Band deployment, AT&T and Verizon had then agreed to wait until January 5, 2022 to begin using the C-Band and to implement additional restrictions on use of the spectrum through July 5, 2022.