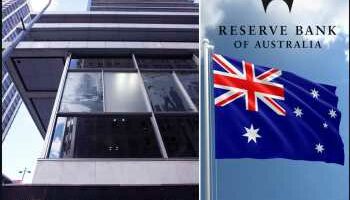 Australia’s central bank decided to scale back its quantitative easing programme citing stronger-than-expected economic recovery and suggested that interest rates will remain at the current level until 2024.

The policy board of the Reserve Bank of Australia headed by Governor Philip Lowe decided to leave its cash rate unchanged at a record low of 0.10 percent, as widely expected.

Policymakers decided to retain the April 2024 bond as the bond for the yield target and retain the target of 10 basis points.

Lowe said the board decided to maintain the April 2024 bond as the target bond, rather than extend the horizon to the bond with a maturity date of November 2024. This means that, as time passes, the maturity of the yield target will naturally decline.

After the current bond purchase program ends in early September, the bank plans to purchase A$4 billion bonds a week instead of the previous A$5 billion a week, until at least mid November.

Lowe said the bond purchase program is playing an important role in supporting the Australian economy.

However, the Board is responding to the stronger-than-expected economic recovery and the improved outlook by adjusting the weekly amount purchased, the governor said. It will conduct a further review in November, allowing the Board to respond to the state of the economy at that time.

“The Board remains committed to maintaining highly supportive monetary conditions to support a return to full employment in Australia and inflation consistent with the target,” Lowe said in the statement.

The bank reiterated that it will not increase the cash rate until actual inflation is sustainably within the 2 to 3 percent target range. The bank’s central scenario for the economy is that this condition will not be met before 2024.

Lowe re-emphasised the point that the condition for an increase in the cash rate depends upon the data, not the date; it is based on inflation outcomes, not the calendar.

By tapering its bond purchases and watering down its commitment to keep its policy rate unchanged until 2024, the RBA is paving the way for interest rate hikes in 2023, Marcel Thieliant, an economist at Capital Economics, said.

“The Bank will probably slow the pace of its bond-buying further in November and we suspect it will end them completely by the middle of next year,” the economist said.

The policy board noted that one near-term uncertainty is the effect of the recent virus outbreaks and the lockdowns. But the experience to date has been that once outbreaks are contained and restrictions are eased, the economy bounces back quickly.