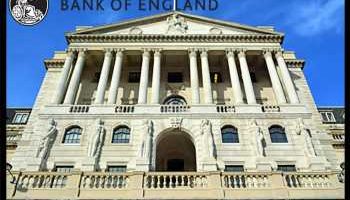 The Bank of England cut the bank rate again, to a record low on Thursday, and expanded its bond buying scheme and the targeted funding measure for small and medium businesses, extending further support to the UK economy amid the spread of the coronavirus, or Covid-19.

In a special meeting, the Monetary Policy Committee voted unanimously to increase the Bank of England’s holdings of UK government bonds and sterling non-financial investment-grade corporate bonds by GBP 200 billion to a total of GBP 645 billion, the bank said.

Policymakers were also unanimous in reducing the bank rate by 15 basis points to 0.1 percent. The bank has reduced the rate for the second time this month. The bank rate was last hiked in August 2018.
They also unanimously decided on Thursday to enlarge the Term Funding for SME scheme.

“Over recent days, and in common with a number of other advanced economy bond markets, conditions in the UK gilt market have deteriorated as investors have sought shorter-dated instruments that are closer substitutes for highly liquid central bank reserves,” the bank said in a statement.

“As a consequence, UK and global financial conditions have tightened.”
The majority of additional asset purchases will comprise UK government bonds, the bank said.

Bank of England Governor Andrew Bailey said on Wednesday that the central bank is ready to what it takes to support the economy amid the severe shock caused by the spread of the coronavirus, or Covid-19 and urged short-sellers to just “stop”.

On March 11, the central bank had cut the base rate by 50 basis points and announced the TFSME scheme.

Under the TFSME, the bank will offer, over the next 12 months, four-year funding of at least 5 percent of participants’ stock of real economy lending at interest rates at, or very close to, Bank Rate, the central bank had said on March 11.

The HM Treasury and the Bank of England jointly announced a Covid19 Corporate Financing Facility, or CCFF, on March 17. The government will purchase commercial paper with the bank acting as it agent, to provide funding to non-financial businesses.

The next regularly scheduled MPC meeting will end on March 25, with the minutes published on March 26, the bank said. The central bank will release the minutes of Thursday’s special meeting then.