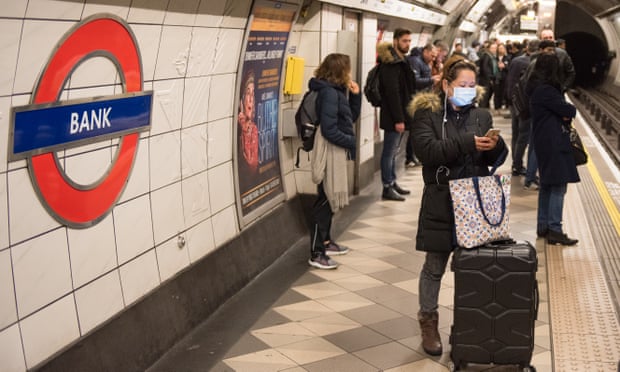 The Italian view of mortgages in the age of the coronavirus is big, bold and serious: payments can be suspended, says the government in Rome. So what about the UK? Where are our equivalent emergency measures, should they be needed?

Well, there was a flurry of announcements from banks themselves. Royal Bank of Scotland, as befits a bank still 62%-owned by HM Treasury, volunteered for national service by offering affected customers three-month holidays on mortgage and loan repayments and temporary increases in credit card limits. Lloyds Banking Group followed with a package containing some of the same elements. And both banks, plus Barclays, announced measures to help small business customers.

Very good, but this piecemeal approach feels odd. What’s required – or could be soon – is firm instructions from the top, meaning the Bank of England.

Over in the US, the Federal Reserve on Monday told financial institutions to “work constructively with borrowers and other customers in affected communities” and reassured them that “prudent efforts” would not be criticised by regulators.

Threadneedle Street, however, hasn’t been specific about actions the banks should take to support customers. We’ve merely had governor Mark Carney’s holding statement about taking “all necessary steps to support the UK economy and financial system”.

It’s time for the Bank to step up. An obvious way to start is by tweaking banks’ counter cyclical buffers, the additional cushions of capital that lenders are required to hold to absorb losses and dampen any whack to the economy. The buffers exist to cope with exactly the current situation: a blow to the economy that is still expected, officially, to be nasty but temporary. So the time is ripe to make use of them.

The last time buffers were lowered was after the EU referendum in 2016 and, since the end of last year, banks have supposed to be edging their way back from 1% to 2%. So an easy reform would be to give lenders an extra 12 months to reach 2%; or use some other formula. The most important thing is to give banks the capital space to implement forbearance policies that can overseen by the Bank itself, as opposed to being volunteered by lenders in a haphazard manner.

And a good day to announce the move would be budget day, in coordination with the Treasury. If an interest rate is also on the way, as the City suspects, all the more reason to make the package as wide-ranging as possible.

An unhealthy state of affairs at NMC

Whoops, we’ve just discovered almost $3bn of debt we didn’t know about. There has never (surely) been a stock exchange statement from the board of a FTSE 100 company like it.

The culprit, inevitably, is NMC Health, the UAE-based hospital outfit that has been making the London market look ridiculous for several weeks. In previous episodes of this soap opera, NMC didn’t know which of its controlling billionaire investors owned what shares; uncovered $335m-worth of unapproved finance arrangements; fired its chief executive; placed its finance director on extended sick leave; and suspended a member of the Treasury team.

The latest revelation trumps the lot. NMC said it has found $2.7bn of borrowing facilities “that had previously not been disclosed to or approved by the board”. Worse, “some proceeds may have been utilised for non-group purposes”.

The Financial Conduct Authority was already investigating but one broad conclusion is screamingly obvious: if foreign firms that are majority-controlled by billionaires want the glory of a London listing, their governance must be pristine. The same conclusion could have been reached after previous calamities such as ENRC and Bumi. It’s time regulators made some reforms stick.

About 99% of the time, underwriting a rights issue is money for old rope for the banks who agree to buy the new shares at a fixed price if the shareholders won’t bite. Aston Martin, though, will be thanking its lucky stars it got its £317m rights issue underwritten before this week’s stock market tumble.

Even a fortnight ago, a rights issue at 207p-a-share looked the usual giveaway for the underwriters, in this case Deutsche Bank, Morgan Stanley and JP Morgan. After all, the other element in the fundraising involves Formula 1 tycoon Lawrence Stroll pitching in at 400p a pop.

The banks won’t be laughing now. Tuesday’s closing share price on was 198p, so they could be on the hook at the end of his week. The debt-laden carmaker will get its money but, if it had left its fundraising much later, Aston Martin would be in a deep financial ditch.