A panel of academics and crypto experts has shared its predictions for the future of Bitcoin (BTC) with holders bound to welcome the news. Bitcoin has traded at an all-time high earlier this month when it shot past the £46,600.16 ($64,829.14) mark in mid-April. But the bull run was short-lived, with BTC trading now well below these levels.

Some crypto analysts, however, believe another Bitcoin rally is on the table and the flagship token could shoot past $72,000 ($100,000) before this year is over.

According to the Bitcoin Predictions Panel from the personal finance comparison site, finder.com, BTC could have a bright future ahead.

None of this is guaranteed, however, and the crypto markets are a very volatile place.

For every big gain, a big loss could be waiting just around the corner and you should never invest more money than you are prepared to lose.

According to the Financial Conduct Authority(FCA), cryptoassets are a high risk and speculative investment

The FCA said: “If you invest in cryptoassets, you should be prepared to lose all your money.” 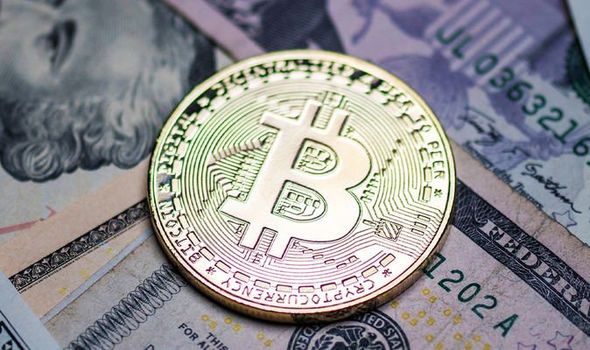 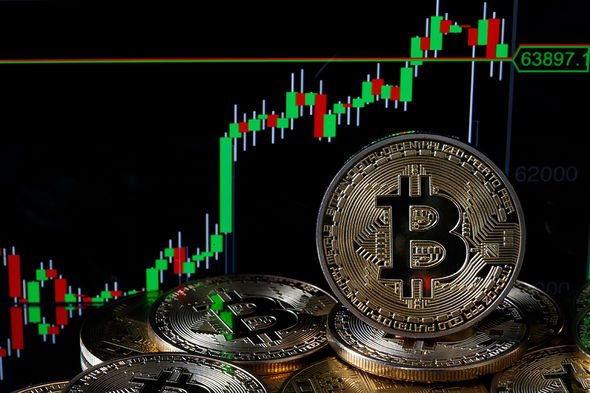 And the majority of the panel, about 58 percent, agreed Bitcoin’s price is being driven upwards by institutional investors.

Only 24 percent thought Bitcoin’s rally was backed by retail, and 18 percent said the price is driven by whales – a small number of investors holding onto large sums of the crypto.

Dr Paul J. Ennis, Lecturer and Assistant Professor at the University College Dublin, thinks BTC will hit $72,000 ($100,000) but he doesn’t expect it to go any higher than that.

The expert said: “Institutional investment will continue to drive the price up, but $100,000 is a psychological barrier that even institutions will find too high.”

But not everyone feels so bullish about Bitcoin’s performance this year.

Joel Kruger, a Cryptocurrency Strategist at LMAX Group, thinks BTC will claw back some of its recent losses.

He said: “The market has more than tripled in value since the start of the year and is very extended technically, all at a time when global markets are at risk, which we believe will also have a short-term negative impact on bitcoin.

“This should limit upside for the remainder of the year.”

About 51 percent of finder.com’s panel thinks BTC is undervalued at its present price point.

In stark contrast, only 24 percent of the panellists thought BTC is overalued and another 24 percent said it is undervalued.

What does this mean for the future of Bitcoin?

About 30 percent of the panellists expect BTC’s rally to last until the third quarter of 2021, and 36 percent said it would end in the last quarter. 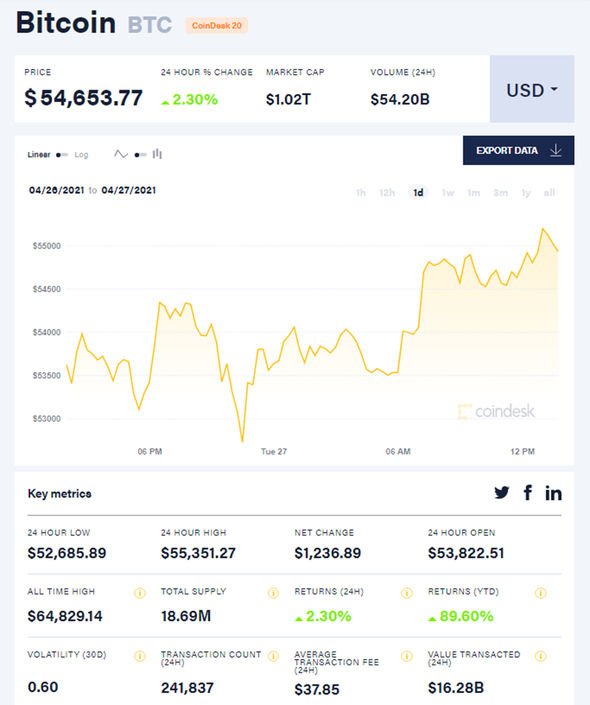 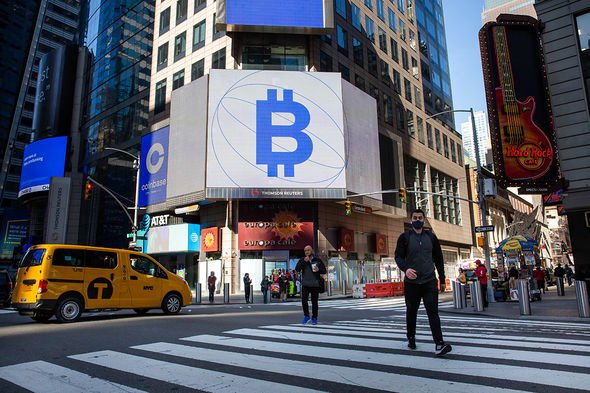 Nicholas Van Hoorde, CEO of Delta.app, said: “A correction would be healthy for sustained levels of growth and setting up for another bull run, again exceeding the previous one and after a shorter time interval of flat levels.”

Simon Peters, a market analyst with eToro, added: “At some point following the ultimate top of this bull market we will see a retracement, as to how deep that will be, remains to be seen.

“2024 will see another halving in the block reward which historically has been the start of the next bull market.

“So 2025 we could be poised to see the next bitcoin bull market.”

Beyond 2021, and the predictions are even more unbelievable.

He said: “It’s a simple matter of supply and demand. Demand will only continue to increase while supply diminishes.”

“It used to be outrageous to claim that Bitcoin would reach $100k a year ago.

“But with what we’ve seen this year, it’s not impossible to think that it could reach $1million.”

As with all investing opportunities, never bet your money on just one option.