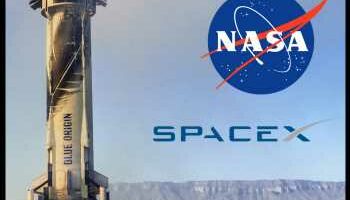 The U.S. Court of Federal Claims ruled against Blue Origin in its lawsuit against NASA. In his ruling, Federal judge Richard Hertling sided with the defense.

Responding to the verdict, Bezos tweeted, “Not the decision we wanted, but we respect the court’s judgment, and wish full success for NASA and SpaceX on the contract.”

Meanwhile, NASA said the work with SpaceX will now resume as soon as possible. The agency added that there will be forthcoming opportunities for companies to partner with NASA in establishing a long-term human presence at the Moon under the agency’s Artemis program.

NASA had awarded its lunar lander contract under its Artemis program to SpaceX back in April. The agency initially had said the contract would go to two of the three applicants, namely, Blue Origin, SpaceX, and Dynetics, but due to a fund crunch, the contract went to SpaceX who had a $2.9 billion offer compared to Blue Origin’s $5.9 billion.

Following this, Blue Origin in August sued NASA for awarding the contract to SpaceX. The lawsuit highlighted the important safety issues with the Human Landing System procurement process that must still be addressed.

The expedition is set to mark the United States’ first human landing since 1972. As per the contract, there would be two landings, one unmanned, and one manned.