The Boston Beer Company, Inc. (SAM) shares rose more than 9% during Tuesday's session after MKM Partners upgraded the stock from Neutral to Buy. The analyst said that the beer industry does well during economic downturns, and the firm isn't too concerned about the two-week closure of restaurants in many states, adding that beer consumption would happen at home.

The comments come about a month after CFRA analysts expressed concerns over advertising expenses for Boston Beer that were forecast to be $80 million to $90 million above last year's $355.6 million level. In addition to expenses hitting the bottom line, the analysts saw ongoing challenges and costs related to the company's Dogfish Head integration that could affect financial results.

The move also comes as competition grows in the hard seltzer market with the launch of Bud Light Seltzer by Anhueser-Busch InBev SA/NV (BUD), which competes head to head against Boston Beer's Truly. White Claw remains the most dominant brand, but Bud Seltzer became a top-three brand just weeks after its launch. 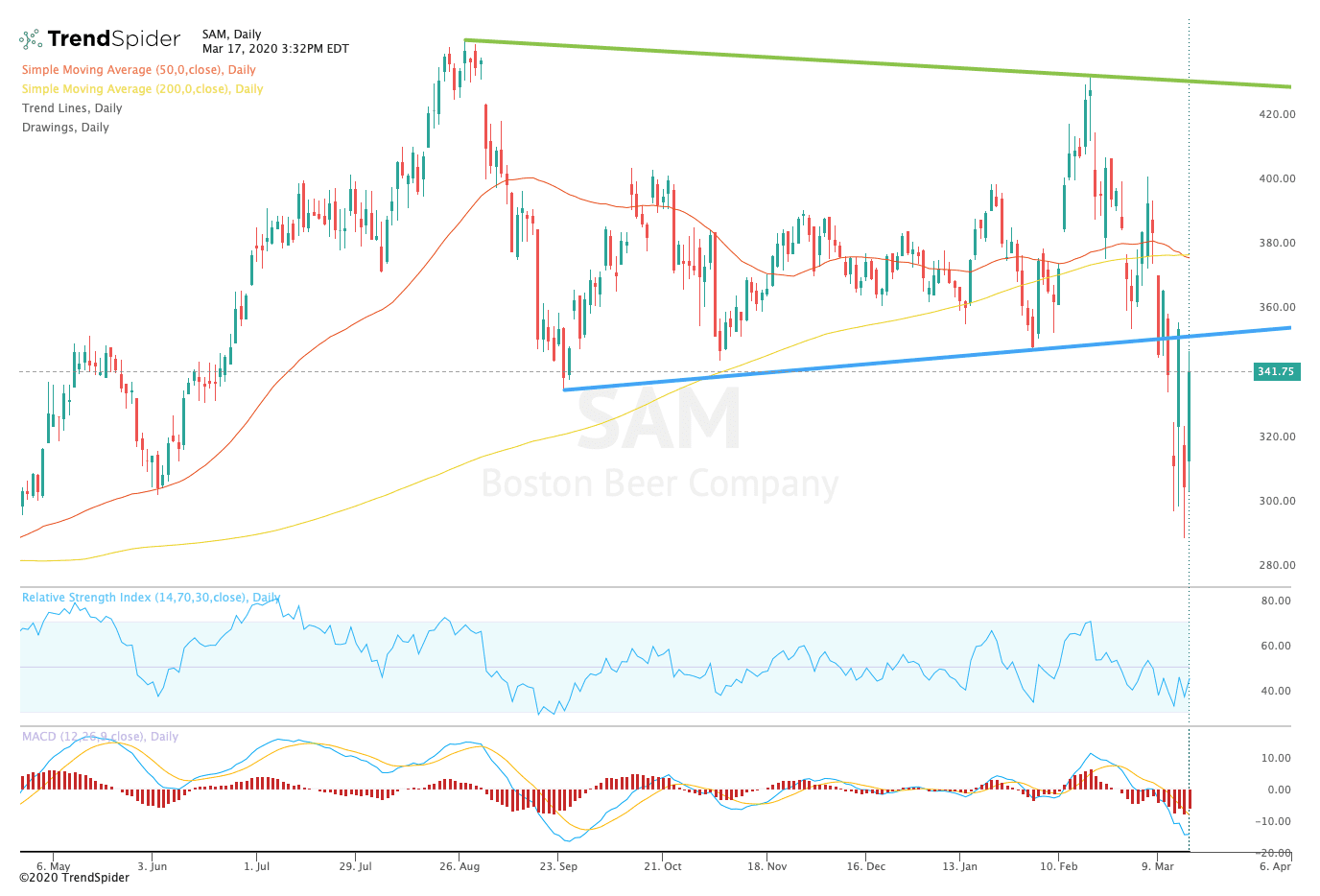 From a technical standpoint, Boston Beer stock rebounded sharply higher from its reaction lows made during Monday's session, although the larger trend remains bearish. The relative strength index (RSI) remains at neutral levels with a reading of 44.673, but the moving average convergence divergence (MACD) remains in a bearish downtrend dating back to mid-February.

Traders should watch for an ongoing rally to test the 50- and 200-day moving averages that are converging near $377.00 or reaction highs of around $400.00. If the stock breaks out from these levels, traders could see a move to retest highs of over $430.00. If the stock moves lower, it could retest lows of around $300.00 over the coming sessions.

The author holds no position in the stock(s) mentioned except through passively managed index funds.