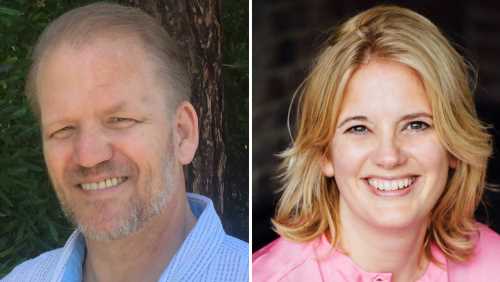 EXCLUSIVE: Edward Allen Bernero, the longtime creator, EP, and showrunner of such hits as NBC’s Third Watch and CBS’s Criminal Minds, has signed with Buchwald.

Bernero co-wrote and co-created Third Watch as a story editor, and rose to become EP and showrunner. While running that show, he also began directing episodes, including the 100th, in which each act was shot as one long single shot. Third Watch garnered several award nominations, including a People’s Choice and Humanitas Award, and won the prestigious Peabody Award for the episode following the 9/11 attacks. Several actors on the show were also nominated for or won various awards, including the ALMA Awards and the NAACP Image Awards.

Bernero then became the EP and showrunner of the long-running CBS hit drama, Criminal Minds. He ran the first seven seasons and directed 13 episodes of the show, which is now in its 15th and final season. Criminal Minds has spawned several spin-offs, including a South Korean adaptation, as well as a video game.

Bernero also created and ran the Donald Sutherland/William Fichtner crime drama Crossing Lines, which was an international co-production with Tandem Communications for NBC. He was then brought in to run season 2 of ICE for eOne, where he continued directing as well.

Currently, Bernero is developing several projects, including a young ensemble set in the world of esports with video game giant Ubisoft. Bernero had been at WME and continues to be represented by Brillstein Entertainment Partners and Tom Hoberman.

In other news, showrunner Lara Olsen has signed with APA. Olsen served as showrunner on Netflix’s drama Spinning Out, starring Kaya Scodelario and January Jones as a daughter and mother struggling with the pressures of competitive figure skating and mental illness.

Olsen got her start writing for many years in half-hour comedy before transitioning into one-hour television. Her first show-running job was on 90210, helming the show for its final two seasons. From there, she pursued development opportunities and served as co-showrunner on CW’s Reign for its final season.

More recently, Olsen served as showrunner on the Netflix series Free Rein, and as co-executive producer on the CBS swashbuckling adventure Blood & Treasure. Her background includes work on Mixology, Life Unexpected, and Shondaland’s Private Practice, among other series.

With her former writing partner, Olsen also wrote and produced the CBS pilot NY-LON, based on the original series which aired on U.K.’s Channel 4. She is also represented by attorney Ryan Nord.