After a week of rollercoaster numbers that have generally trended up, the State of California on Friday recorded its highest number of new daily Covid cases since the dark days of January. The number of new cases in the past 24 hours, 14,402, was up more than 50% from the 9,517 cases tallied just the day before. It was the largest one-day total of new cases since January 27, 2021 and officially puts the current peak of the 2021 summer surge above the peak of the summer surge last year, which saw 12,614 new cases on August 14, 2020. See chart below for trends. 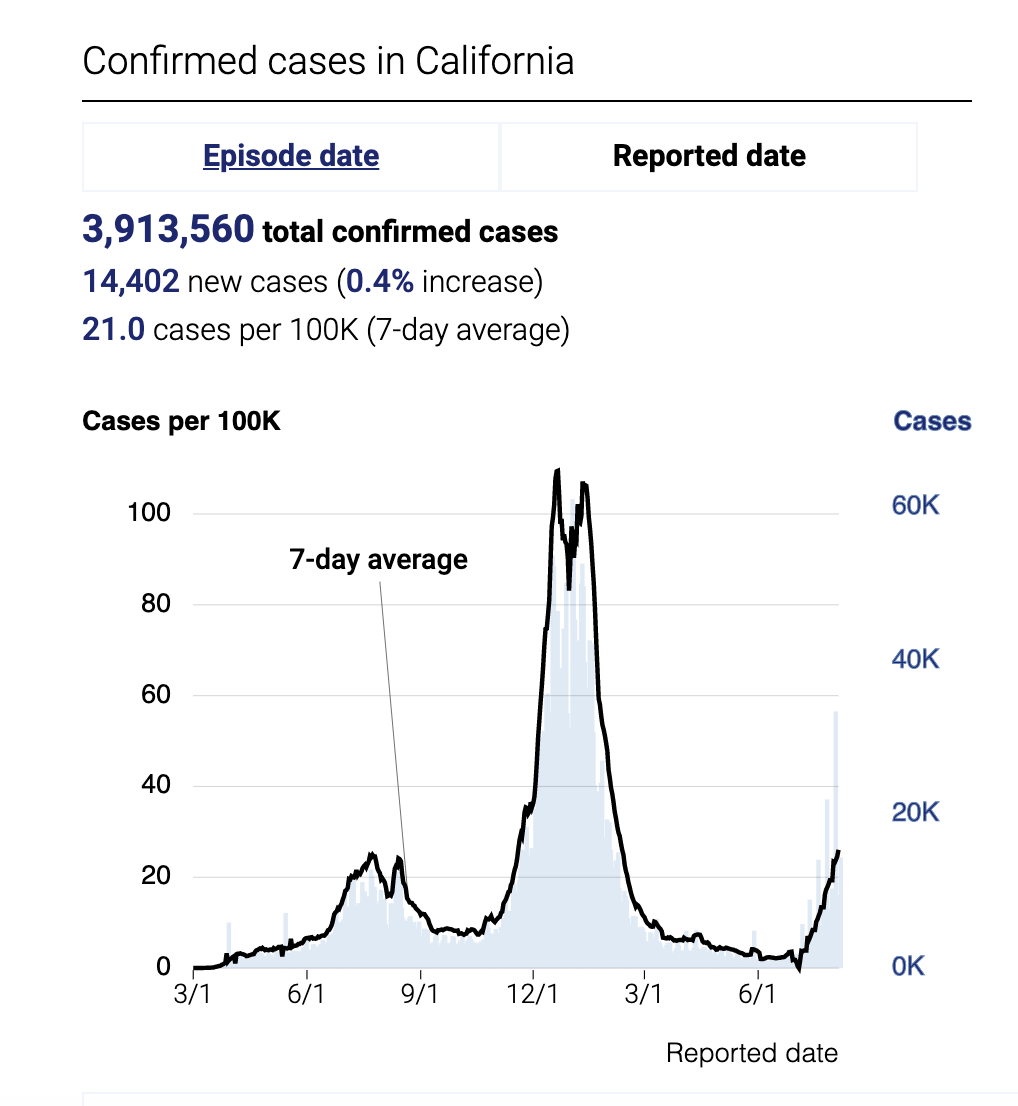 One contributing factor is surely the rise in testing. While daily test numbers had fallen below 30,000 in the state in early July, as of Friday that data point had risen above 250,000. More tests lead to more cases being discovered. But measures not tied to test numbers, such as the 7-day average case rate per 100,000, have also risen markedly.

The rises have happened this week even as numbers in the state’s largest county, Los Angeles, may be plateauing. If true, that would mean the rate of spread among the other three quarters of the state’s population is even higher than the statewide averages indicate.