London (CNN Business)The coronavirus pandemic has destroyed 22 million jobs in wealthy countries, according to the Organization for Economic Cooperation and Development.

In a report Wednesday warning of the risk of a rapid rise in long-term joblessness, the Paris-based organization said that employment across OECD countries is not expected to recover to its pre-pandemic level before 2023.
“The strong economic recovery underway across OECD countries is yet to fully translate into enough new jobs to get employment levels back to pre-pandemic levels in most member economies,” according to the report.

The pandemic has swelled the ranks of the unemployed in OECD countries by over 8 million in 2020, the group estimated. Another 14 million people are not actively looking for a job.

At the end of 2020, the number of people who had been unemployed for at least six months was 60% above its pre-pandemic level. That figure has continued to grow in the first quarter of 2021 and disproportionately affected already vulnerable groups, the report said. 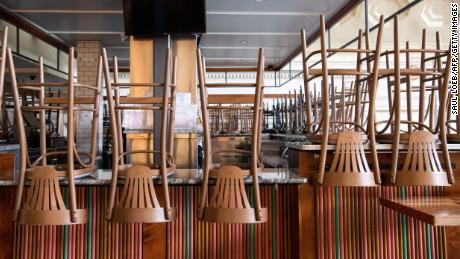 The study comes amid a hiring surge in several major economies, where businesses have had to hike wages to combat worker shortages. A report Thursday from KPMG, IHS Markit and the Recruitment and Employment Confederation found that starting salary increases reached a seven-year high in the United Kingdom last month.
Young people and low-income individuals have been hardest hit by the pandemic, according to the OECD. In 2020, hours worked in low-paying jobs fell by over 28% across developed economies — 18 percentage points greater than the fall recorded among high-paying occupations.
The number of young people not in employment, education or training increased by almost 3 million, reversing the trend of the past decade, the report said.
While the OECD unemployment rate has fallen from 8.8% in April 2020, when the first wave of the pandemic was peaking, to 6.6% in May 2021, it remains 1.3 percentage points above its level in February 2020. 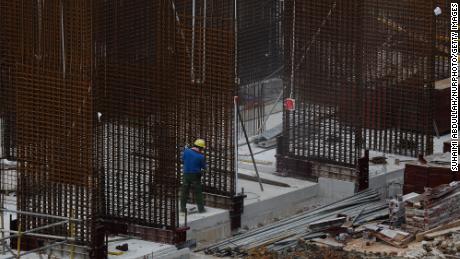 The United States has recorded the most striking recovery in jobs, with the unemployment rate falling from a peak near 15% at the height of the pandemic to 5.9% last month.
The report said that governments should train workers for jobs in green and digital industries, while directing job support towards sectors still heavily affected by social distancing and rolling it back elsewhere.

“Withdrawing fiscal support too soon would risk jeopardizing the recovery,” OECD Secretary General Mathias Cormann said. “On the other hand, maintaining blanket support for too long would also risk jeopardizing the strength and quality of the longer term recovery by slowing down necessary reallocation of capital and labor across the economy,” he added.
Job retention programs supported some 60 million jobs across the OECD at the height of the coronavirus crisis, ten times greater than during the Global Financial Crisis.
Source: Read Full Article