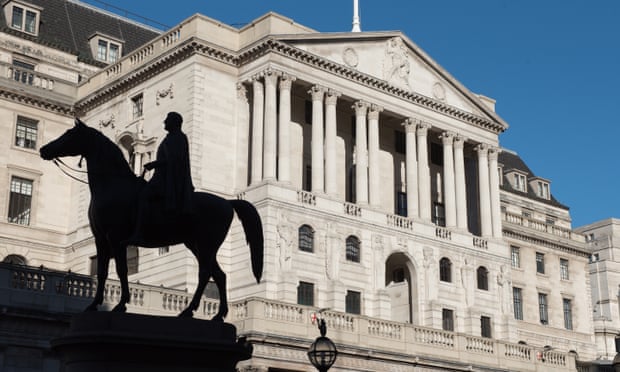 The Bank of England has cut UK interest rates in an emergency move to bolster the economy amid the coronavirus outbreak.

The monetary policy committee voted unanimously to slash the bank rate from 0.75% to 0.25% at an unscheduled meeting.

The FTSE 100 index of leading shares rose by 1% as traders reacted to the move, announced at 7am, which went beyond expectations of a 0.25% cut in borrowing costs.

It came as official figures showed that GDP growth flatlined in January before the virus hit Europe, adding to fears that the economy is in a weak position heading into what could be the worst phase of the virus outbreak.

The Office for National Statistics said a 1.2% drop in manufacturing output in the three months to January from the three months to October pulled down the UK’s growth rate to zero, dashing hopes that the economy enjoyed a bounce after December’s general election.

Mortgage lenders were expected to react quickly to the central bank decision by cutting the costs of monthly mortgage bills. Bank loans were also expected to follow the same downward path, although overdraft and credit card lending rates are set to remain the same.

The interest cut came as part of a wider package of measures unveiled by Mark Carney, in his final week as the governor of the Bank of England, designed to dovetail with the chancellor Rishi Sunak’s budget, which is due to be unveiled on Wednesday at 12.30pm.

The Bank of England has also introduced a term funding scheme with additional incentives for small and medium-sized businesses, funded by central bank reserves. It is designed to encourage banks to offer cheap loans to firms amid the unfolding economic crisis.

The bank said that the scheme, which is a successor to a 2016 fund that pumped £127bn into the economy via cheap business loans, could again provide in excess of £100bn in funding.

“Although the disruption arising from Covid-19 could be sharp and large, it should be temporary,” the Bank said. “The Bank of England’s role is to help UK businesses and households manage through an economic shock. These measures will help to keep firms in business and people in jobs and help prevent a temporary disruption from causing longer-lasting economic harm.”

With the UK facing the biggest financial threat in more than a decade on the back of fears the outbreak could cause a recession, the bank said the measures will help to support business and consumer confidence, bolster the cash flows of businesses and households, and reduce the cost and improve the availability of finance.

Adam Marshall, the director general of the British Chambers of Commerce, called the move “decisive” and an important cut in borrowing costs for businesses “at this delicate moment”.

He said: “The Bank and UK financial institutions must now work together to ensure that these policy measures translate into real-world support for firms on the ground.”

Term funding is the name given by the Bank of England to a scheme that offers banks and building societies funds from the Bank at or close to the bank rate for up to four years. The previous scheme closed to new lending in February 2018, having made £127bn of loans. The scheme is expected to last one year.

To coincide with the rate cut, the central bank’s financial policy committee immediately reduced the “counter-cyclical” capital buffer banks must maintain to zero from 1% – giving them more to to lend. It expects to maintain the buffer at 0% for at least 12 months.

Another arm of the central bank, the Prudential Regulation Authority – which supervises banks and insurers – told banks not to increase dividends or other distributions, such as bonuses, in response to these policy actions. It said the benefit should be passed on to business customers and not bank shareholders.