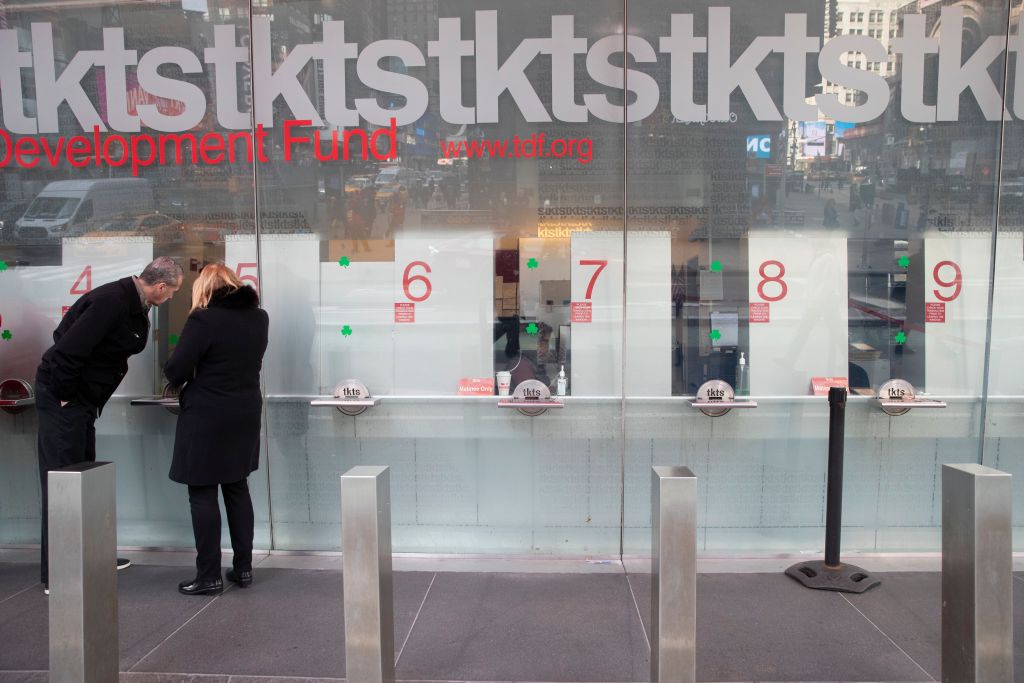 EXCLUSIVE: The Broadway League has called an emergency meeting today as theater owners and producers consider a proposal to shut down all Broadway productions immediately over coronavirus concerns, staying dark until Easter Sunday, April 12, Deadline hears.

Such a shutdown could see the industry losing well more than $100 million in a month’s worth of weekly box office alone, not counting advance ticket sales.

The League, the trade organization representing theater owners and producers, did not immediately respond to Deadline’s request for comment.

Deadline also hears that the shutdown is endorsed by Actors’ Equity.

The shutdown would be by far the most extreme in modern Broadway history. Theaters were closed for two days following the 9/11 attacks on New York City. Evening performances that night, and matinee and evening performances the following day were canceled, with performances resuming Thursday, Sept. 13, 2001 at the strong urging of the industry, unions and then-mayor Rudolph Giuliani.

“I don’t want to see Broadway go dark if we can avoid it,” de Blasio told the network. “I want to see if we can strike some kind of balance.” The mayor said the city and industry were trying to figure out: is there a way to reduce the capacity, reduce the number of people? If we cannot strike that balance, of course, we can go to closure.”

Earlier this week, the Broadway League expressed cautious optimism in the wake of last week’s steady box office reports, but noted that upcoming weeks might tell a different story.

Some measures – additional venue cleanings, restricted backstage access and reduced stage door interaction between actors and fans – were already underway. Patrons feeling ill with either cold or flu symptoms were being urged to stay home and exchange tickets for future performances.

Also this week, producer Scott Rudin slashed ticket prices to $50 through March for whatever seats remained available at his five usually sold-out Broadway productions, a move that was designed to help keep theaters full if coronavirus concerns took a significant toll on attendance.

Rudin’s productions To Kill a Mockingbird, West Side Story, The Lehman Trilogy, Who’s Afraid of Virginia Woolf?, and The Book of Mormon are among the most popular and successful on Broadway, and typically play to, or near, full houses.

As of last night, Broadway had 31 productions on the boards, with eight new shows expected to join the line-up throughout the important spring season.

The closure arrives just as the smash London and Chicago musical Six was set for its opening tonight, with other big-ticket productions planned for openings in the coming weeks including Diana, Plaza Suite, Caroline or Change, How I Learned To Drive, American Buffalo, Birthday Candles, Sing Street, Take Me Out and Flying Over Sunset.

This story is developing…