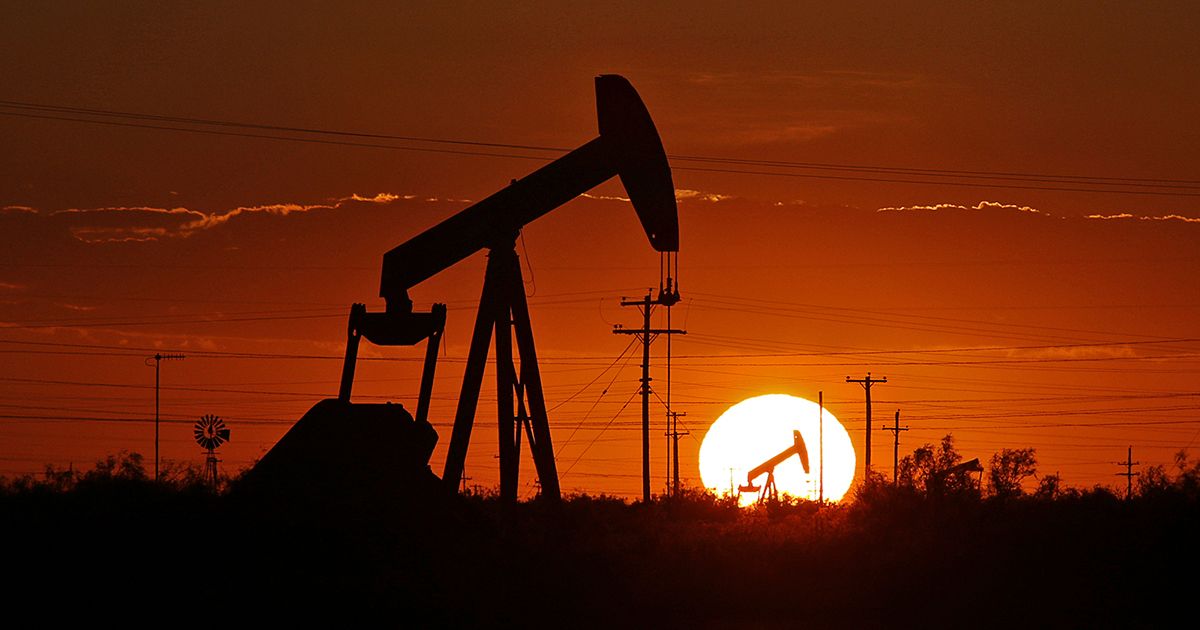 The coronavirus is threatening to expose the Achilles heel of the U.S. economy: heavily leveraged companies. As the economic expansion stretched into a record 11th year, and interest rates stayed at ultralow levels, business debt ballooned and now exceeds that of households for the first time since 1991.

What’s more, the borrowing has increasingly been concentrated in riskier companies with fewer financial resources to ride out virus-driven difficulties. A wave of defaults would intensify the economic impact of the contagion. “It will add to recessionary pressures in the U.S.,” says Nariman Behravesh, chief economist at consultant IHS Markit Ltd.

Energy companies are especially vulnerable, thanks to a collapse in oil prices. But they’re not alone. Debt tied to travel companies such as American Airlines Group Inc. and Hertz Global Holdings Inc. has been hit hard, as have the obligations of movie theaters and casinos.

Federal Reserve Chairman Jerome Powell has dismissed comparisons of the business borrowing binge to the pre-crisis housing debt bubble, arguing that the financial system is now better able to handle credit losses. But he has acknowledged that some debt-laden businesses could face severe strains if the economy deteriorates and that they could amplify any downturn by laying off workers and cutting back on investment.

The Fed is trying to cushion the economy—and the corporate sector—from the blow of the coronavirus by cutting interest rates and pumping money into the financial system.

Behravesh says Congress and the White House will also have to act. “We’re going to need them to set up a bailout fund, then decide where to distribute it,” he says.

President Donald Trump told reporters on Monday he will seek a payroll tax cut and “very substantial relief” for industries that have been hit by the virus, reversing course on the need for economic stimulus hours after stock markets posted their worst losses in more than a decade.

There are about $1.3 trillion of high-yield bonds outstanding, up from $786 billion a decade ago. The investment-grade credit market has more than doubled to $6 trillion in the same period. Almost half the investment-grade bond market is now rated BBB, which means it could be downgraded to junk levels if the economy falters. Should that happen, many investors would need to sell the debt to comply with restrictions on the quality of their holdings.

In the $1.15 trillion leveraged loan market—where companies already carrying a lot of debt get more—borrowers have used adjustments to their earnings to reduce their apparent level of indebtedness. A downturn could expose their weakness. Analysts at Barclays Plc estimate that buyers of U.S. leveraged loans will be able to recover only 55 to 60 cents on the dollar, compared with 67 cents historically, because of companies’ dubious earnings math and rising debt loads.

With broad financing markets shut for now, desperate companies are turning their attention to the $812 billion private credit market. In times of stress, these lenders—private equity firms and others—often step in to provide financing to borrowers that would otherwise go without, at a cost.

But that might not be a cure-all. A slowdown in consumer and business spending could be particularly damaging for broadly syndicated loans and private credit, much of which is debt rated B and below, according to UBS credit strategist Matthew Mish. That debt is among the riskiest in the high-yield market because downgrades can put it in CCC, the lowest tier.

“Companies with vulnerable balance sheets—meaning little cash, high maturing debt—are going to have difficulty refunding themselves,” Mohamed El-Erian, chief economic adviser at Allianz SE, told Bloomberg Radio on March 9. “There is going to be an increase in credit defaults.” —With Kelsey Butler and Davide Scigliuzzo

Read more: The U.S. May Already Be in a Recession