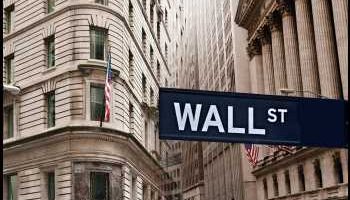 Stocks moved sharply lower in early trading on Friday, extending the substantial pullback seen over the course of the previous session. The major averages have regained some ground since then but remain firmly in negative territory.

The early sell-off on Wall Street came as traders continue to worry about the economic impact of the coronavirus outbreak.

Recent data points to a slowdown in new coronavirus infections in China, but the disease seems to be spreading more rapidly around the rest of the world.

So far, more than 100,000 infections have been confirmed worldwide and more than 3,300 people have been killed by the virus.

The worries about the outbreak have overshadowed the Labor Department’s usually closely watched monthly employment report.

The report showed much stronger than expected job growth in the month of February, although traders view the data as old news as the coronavirus fears have ramped up only recently.

The Labor Department said employment surged up by 273,000 jobs in February, matching the upwardly revised spike in January.

Economists had expected employment to increase by about 175,000 jobs compared to the jump of 225,000 jobs originally reported for the previous month.

With the much stronger than expected job growth, the unemployment rate unexpectedly edged down to 3.5 percent in February from 3.6 percent in January. The rate had been expected to remain unchanged.

“We know the US economy started 2020 on a firm footing, but that won’t count for much as spending slows and recession worries mount due to the economic disruption the virus is already causing,” said ING Chief International Economist James Knightley.

A separate report released by the Commerce Department showed the U.S. trade deficit narrowed more than expected in the month of January, as the value of imports fell by more than the value of exports.

The Commerce Department said the trade deficit narrowed to $45.3 billion in January from a revised $48.6 billion in December.

Economists had expected the trade deficit to narrow to $46.1 billion from the $48.9 billion originally reported for the previous month.

Oil service stocks are extending the sell-off seen over the past few sessions, dragging the Philadelphia Oil Service Index down by 6.2 percent to a record intraday low.

The substantial weakness in the sector comes as the price of crude oil for April delivery is plunging $3.32 to $42.68 a barrel amid reports OPEC’s allies rejected additional production cuts.

Significant weakness is also visible among gold stocks, as reflected by the 4.7 percent nosedive by the NYSE Arca Gold Bugs Index. A steep drop by the price of gold is weighing on the sector.

The major European markets have also shown substantial moves to the downside on the day. While the French CAC 40 Index has plummeted by 4 percent, the U.K.’s FTSE 100 Index and the German DAX Index are both down by 3.3 percent.

In the bond market, treasuries have given back ground after an initial spike but remain sharply higher. As a result, the yield on the benchmark ten-year note, which moves opposite of its price, is down by 15.1 basis points at 0.775 percent after hitting a record low of 0.660 percent.