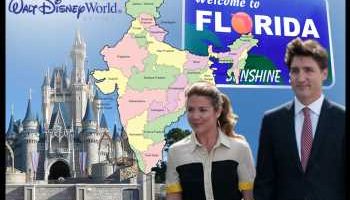 In the U.S., the number of confirmed cases has surpassed 1,600, spread across 47 states. Washington with 457 cases, New York with 328 cases, California with 175 and Massachusetts with 108 are the worst-hit states in the U.S. The death toll in the nation has climbed to 41.

India, which has 73 confirmed cases of COVID-19 infection, reported the first death due to the novel coronavirus on Thursday. In a bid to contain the virus, the country has temporarily suspended all travel visas until April 15.

Sophie Gregoire Trudeau, the wife of Canadian Prime Minister Justin Trudeau, has tested positive for the coronavirus. The total number of confirmed cases of COVID-19 infection in Canada is 138 as of March 12. As a precautionary measure, the Prime Minister will be in isolation for a planned period of 14 days.

Armenia, a former constituent of the Soviet Union, is all set to replace the banknotes in circulation with new notes in an attempt to reduce the spread of the virus, according to Armenpress, the main state news agency in Armenia. The country has 6 confirmed cases of COVID-19.

Globally, the number of confirmed cases has increased to 131,778 and the death toll has jumped to 4,948.