Diane Weyermann, the longtime Chief Content Officer at Participant who also produced or exec produced numerous films including An Inconvenient Truth and Citizenfour, died today of cancer in New York, the company said. She was 66.

A two-time Emmy nominee, including one this year for David Byrne’s merican Utopia, Weyermann long had been the engine behind Participant’s documentary film and television slate.

“In the very earliest days of Participant, I was incredibly lucky to have Diane agree to run our newfound documentary department, including our first documentary, ‘An Inconvenient Truth,’” said Jeff Skoll, who founded Participant in 2004. “From day 1, Diane brought a passion to her work and cared deeply about the battles we helped fight over the issues portrayed in each film. Over 17 years together, she was a champion in every way, through strategic, industry, and emerging global challenges. Diane was the heart and soul of Participant. I will miss her spirit, her collegiality, and the effervescence she brought to everything she touched.  I am deeply grateful for Diane’s dedication to helping me build Participant. Our team, the film industry, and the world have suffered a great loss. Diane was one of a kind.”

Said former Vice President Al Gore, the subject of and driving force behind the double-Oscar-winning documentary An Inconvenient Truth: “It is not hyperbole to say that Diane Weyermann changed the world for the better in a remarkable way. She shone a powerful spotlight on stories that provoked thoughtful action to promote justice and ignited progress toward a better, safer and more equitable future. With her skill and passion, she spurred millions to become changemakers. Her deep and heartfelt empathy, creative vision, and unwavering commitment to supporting each and every person she encountered made her the most cherished of colleagues, mentors, and friends. I am devastated by her loss. It is beyond heartbreaking. And I am forever grateful for her friendship and for the incredible legacy that she leaves to the world.”

Read more tributes to Weyermann below.

In addition to executive producing 48 documentary features at Participant, she served as EP on seven TV series including America to Me and City So Real. She also led the company to co-acquire distribution rights to films.

Weyermann was a champion for female-led projects at Participant, including Citizenfour, which won the Academy Award for Best Documentary Feature and was directed by Laura Poitras; The Great Invisible, directed by Margaret Brown; My Name Is Pauli Murray, directed by Julie Cohen and Betsy West; Far From the Tree by Rachel Dretzin; and John Lewis: Good Trouble, from director Dawn Porter. 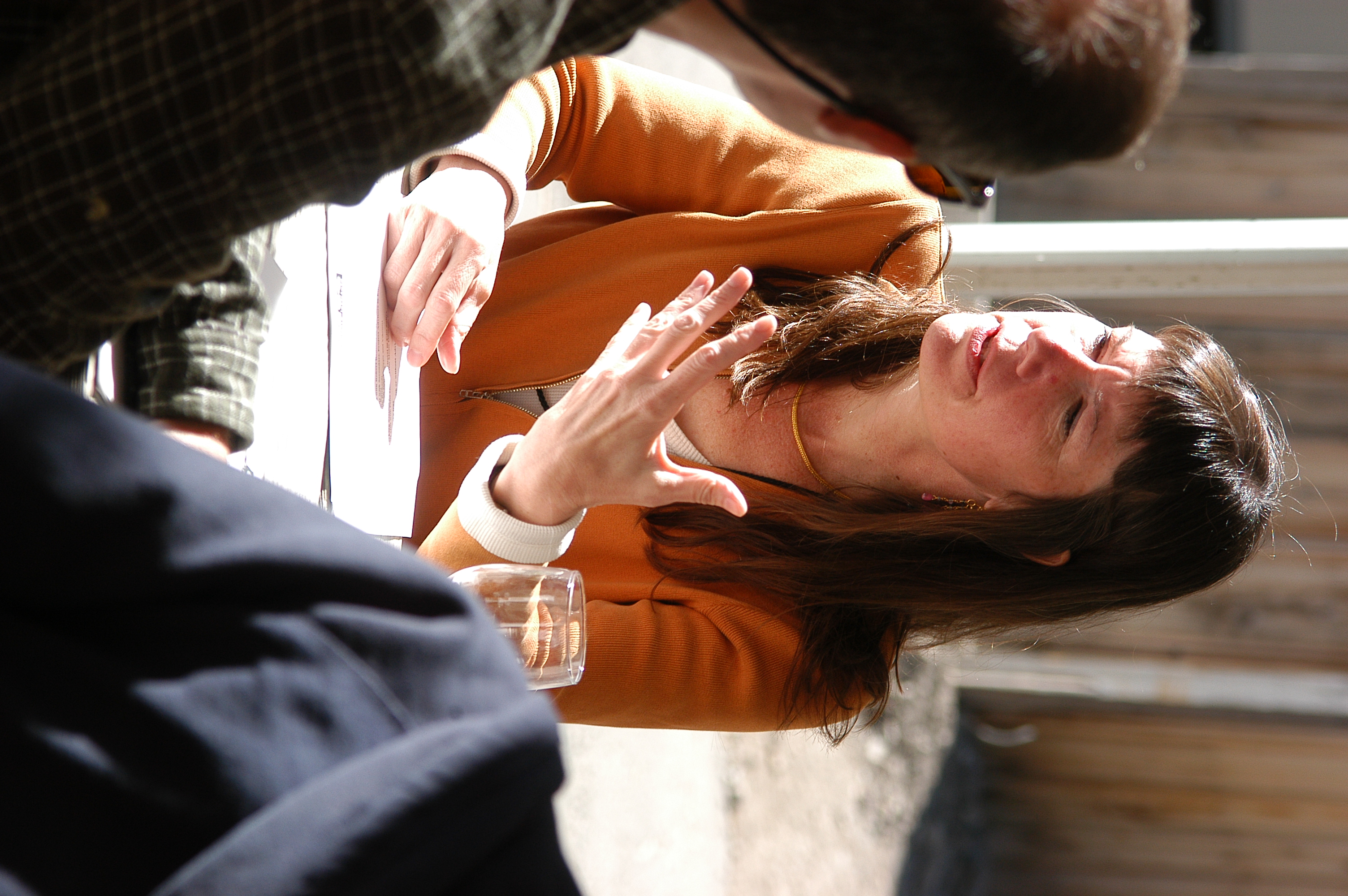 Her small-screen work led to a pair of Emmy nominations — Outstanding Variety Special for American Utopia this year and Exceptional Merit in Nonfiction Filmmaking for Pressure Cooker in 2010.

Prior to joining Participant in 2005, Weyermann was the director of the Sundance Institute’s Documentary Film Program. During her tenure, she was responsible for the Sundance Documentary Fund and launched two annual documentary film labs, focusing on the creative process.

Before her time at Sundance, Weyermann was the director of the Open Society Institute New York’s Arts and Culture Program where she launched the Soros Documentary Fund, which later became the Sundance Documentary Fund.

Weyermann is survived by her sister, Andrea Weyermann; her brother in law, Tim Goodwin; and her three nephews Dylan, Will and Harris.

In partnership with the Camden International Film Festival, Weyermann’s family, friends, and colleagues have established the Diane Weyermann Memorial Fund that the parent organization of CIFF, the Points North Institute, will use to develop an ongoing program that nurtures and supports emerging documentary filmmakers. Donations can be made to the fund here.

Here are other tributes from Participant colleagues and filmmakers she worked with:

David Linde, Participant CEO
“We are heartbroken and devastated over the passing of our leader and friend, Diane Weyermann. As the steward of Participant films for the past 17 years, she showed how fierce determination to authentic storytelling can drive civic participation and create a more empathetic world. There was no story worth telling that Diane shied away from. From the landmark documentary An Inconvenient Truth, which helped awaken millions of global citizens to the ravages of climate change to American Factory and its brilliant examination of what it means to work in America today to the upcoming The First Wave, which bravely captures the early months of the Covid-19 pandemic in New York, Diane’s ability to partner with world-class filmmakers in telling the most important stories of our time leaves an indelible legacy that cannot be matched. She brought integrity, passion, and unwavering commitment to every project she undertook. Her very presence transformed everyone at Participant and words cannot express how much we will miss her.”

Jonathan King, former President of Narrative Film and Television at Participant
“Diane was my most cherished partner for over 12 years at Participant. She was as enthusiastically supportive of the filmmakers creating narrative work as she was of her own projects. That meant the world to them, and to me. Her wisdom and shining example always inspired us to try harder, aim higher, treat everyone with more kindness and generosity. Even more, I was lucky to have Diane include me in her close circle of love and friendship since the day we met. Her joy and sense of adventure inspired everyone who knew her. Losing Diane is a terrible blow, not just to the world of film, but to the world at large. I will never stop missing her.”

Laura Poitras, Citizenfour director
“The impact of Diane’s work and devotion to cinema will be felt for generations – not just through the films that exist because of her, but exponentially through the relationships and organizations she built. As a friend and collaborator, she was the best. Brilliant, fierce, funny and honest.”

Steve James, America to Me and City So Real director
“Diane has been such a wise colleague, sounding board, supporter, and most preciously of all, friend. There was never ego with her and she constantly deflected praise. Diane was brilliant at seeing what my work was trying to be and helping me make it better, more impactful, and insightful. I will treasure the memories of our long talks about the work, about documentaries we loved and didn’t love, about the state of docs and the world – both of which she worked tirelessly to make better. Yet, she had a radiant smile and a wonderful sense of humor to go along with that amazing sense of purpose. She has been a true beacon in our community.”

Elise Pearlstein, producer of Food, Inc. and American Factory who also work with Weyermann at Participant
“Diane brought people together. She curated people as skillfully as she curated film slates, with impeccable taste, the highest of standards and an unwavering moral compass. Diane had a keen gift to see around the corner and support films that would arrive in the culture at just the right moment for the greatest impact. She was a fierce advocate for filmmakers, fighting tirelessly and fearlessly for their creative freedom and vision. She was a citizen of the world, a seeker and an explorer, and her loss will reverberate throughout the global documentary community. Diane leaves a profound legacy of films, as well as people who grew and thrived under her influence. I will deeply miss my friend, mentor, colleague, and partner in crime.”