Disney has soft opened the latest of its classic attractions to receive a makeover. The Jungle Cruise was announced to be reopening on July 16 at Disneyland, but guests at the park began posting their thoughts about — and images of — the reimagined ride on Friday as its tramp steamers once again began accepting passengers. (Disney World’s Jungle Cruise is expected to relaunch “this summer.”)

The number one goal, according to Disney Imagineering executive Chris Beatty, was to “keep it classic. This has to be the Jungle Cruise that everyone knows and loves.”

The second imperative, said Beatty, was to “bring a sense of inclusivity to this project. We want to make sure that everyone that rides the Jungle Cruise can see themself in the characters and the experience.”

The most obvious change is that any characterization of so-called “natives,” one of whom held a number of shrunken heads and others of whom seemed to be cannibals, has been removed.

The enhancements include several new scenes and new characters that replace or reimagine the old ones. For instance, there is now a safari party that finds itself up a tree trapped by a rhino and hyenas.

That rhino had previously been threatening a number of frightened-looking “natives” wearing what looked to be fezzes.

And there are monkeys. Lots more monkeys, including a troop that has taken over the Mekong Maiden. 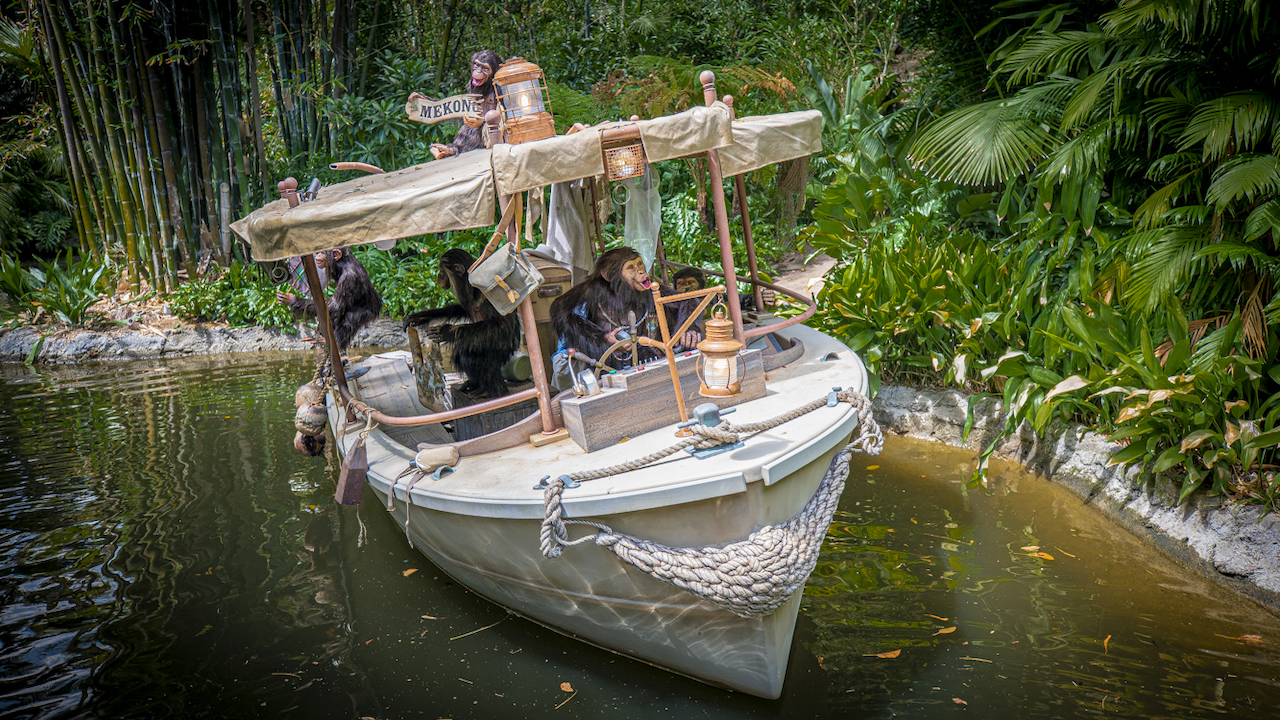 The vast majority of soft-opening reactions from park guests were positive. One woman who posted a video on Saturday wrote simply, “Really good cruise!” with a thumbs-up emoji. Another recent visitor called it, “really special.”

But some were nostalgic and even worried that the ride was less fun. A commenter named “Ken” posted the following response at the bottom of the official Disney Parks Blog announcement on Friday:

Kind of seems like this turned into the Jungle “Chimp” Cruise – Monkeys and more monkeys! And no Trader Sam at Trader Sam’s Gift Shop? A huge misstep! Certainly you have created a generic non-offensive Trader Sam character calling out to the boats trying sell the guests trinkets – That would have been so much more fun than more monkeys and would have kept the Trader Sam legacy going.

Note: Trader Sam’s gift shop does still seem to be a part of the ride, but Trader Sam, who was also depicted holding shrunken heads, is apparently gone.