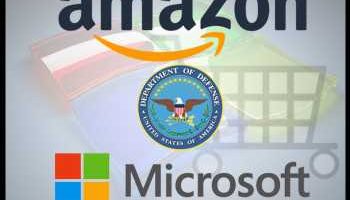 The U.S. Department of Defense wants to reconsider its decision to award the Pentagon’s coveted multi-billion dollar cloud contract to Microsoft, according to reports citing court filings.

The department reportedly said Thursday in a court filing that it “wishes to reconsider its award decision in response to the other technical challenges presented by AWS.” AWS refers to Amazon Web Services.

The development comes after a federal judge, in February, ordered a temporary block on Microsoft’s Joint Enterprise Defense Infrastructure or JEDI cloud contract in response to a lawsuit filed by Amazon.

Amazon was seen a top contender for the Pentagon’s multi-billion dollar cloud-computing contract. Amazon Web Services or AWS was approved by the U.S. government to handle top secret data.

The Pentagon’s JEDI cloud contract could be worth up to $10 billion over a decade if all options are exercised.

However, the Pentagon announced in October 2019 that Microsoft emerged as the surprise winner of the contract. In response, Amazon filed a lawsuit in federal court in November, contesting the Pentagon’s award of the contract to Microsoft’s Azure cloud business.

Amazon had alleged that U.S. President Donald Trump influenced the Defense Department’s decision as the competing bids from Microsoft and Amazon for the cloud-computing project were considered.

Amazon claimed that Trump denied the contract to the company due to his personal differences with Amazon CEO Jeff Bezos, and his dislike for the Washington Post, owned by Bezos.

Amazon’s rival Google had decided not to compete in the cloud computing contract, saying in 2018 that the project might not align with its artificial intelligence or AI principles.