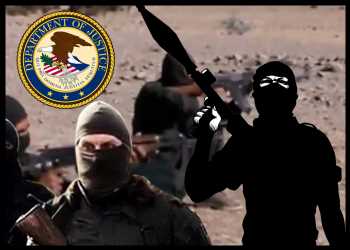 The Department of Justice created a section dedicated to investigate and litigate the denaturalization of terrorists, war criminals, sex offenders and other fraudsters who illegally obtained naturalization.

Under title 8 of the U.S. Code, denaturalization cases require the government to prove that a defendant’s naturalization was “illegally procured” or procured by concealment of a material fact or by willful misrepresentation.

Civil denaturalization cases have no statute of limitations, and the Justice Department has denaturalized many categories of individuals who have illegally obtained citizenship, including terrorists and other national security threats, war criminals, human rights violators and sex offenders.

“When a terrorist or sex offender becomes a U.S. citizen under false pretenses, it is an affront to our system and especially offensive to those who fall victim to these criminals,” said Assistant Attorney General Jody Hunt.

DOJ cited several examples of successful civil denaturalization cases. They include an individual convicted of terrorism offenses in Egypt who admitted recruiting for al Qaeda within the United States and running a communications hub in California for the Egyptian Islamic Jihad terrorist organization. The defendant was denaturalized while in Egypt, stripped of his passport, and prevented from returning to the United States.

In another case, an individual who received military training in a jihadist training camp in Afghanistan and coordinated with Osama bin Laden was denaturalized.

Another individual who pleaded guilty in Bosnia of executing six unarmed civilians and Prisoners of war during the Balkans conflict was stripped of his U.S. citizenship.