Economist predicts how Omicron will impact the economy

Consumer spending is expected to remain strong in 2022, despite an obstinate virus, a new variant causing a surge in infections, and some of the highest rates of inflation ever experienced by the majority of Americans, Wells Fargo economists Tim Quinlan and Shannon Seery wrote in their report. 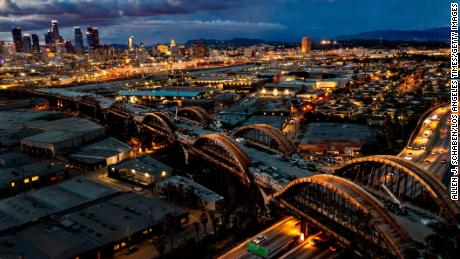 The reason for the rosy outlook: US consumers are growing sick and tired (and maybe even growing somewhat comfortable) with the ongoing pandemic. As the pandemic enters its third year, people have little appetite for increased restrictions, especially after getting a “taste of ‘normalcy'” last year once vaccines became available and the service sector reopened, the economists wrote.

“The Covid fatigue is real,” Quinlan said to CNN Business in an interview. “And especially given the less deadly nature of this particular variant, I don’t see it causing this watershed change in consumer behavior.”

Consumers are becoming increasingly desensitized with each new wave of the virus, and increased immunity — via higher vaccination rates and boosters — is playing a role, Quinlan said. In December 2021, Wells Fargo’s High-Frequency Consumer Dashboard showed month-over-month gains in consumer confidence, consumer sentiment and credit card spending in spite of a rash of daily new Covid-19 cases. 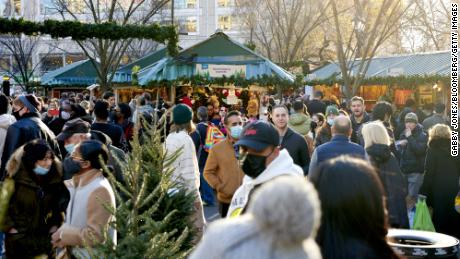 Analysts at consulting firm McKinsey & Company have seen similar gains in consumer sentiment and spending. A report from the firm published last month showed that consumer spending trends, out-of-home purchasing activity, confidence in post-pandemic economic recovery and omnichannel shopping experiences have been on an upswing since March 2021.
“I think we will continue to see elevated spending in grocery and non-food areas, because consumers are still not engaging in their No. 1 choice for discretionary spending, which is travel,” said Jessica Moulton, a McKinsey senior partner.
And while fatigue may be one potential driver, Moulton sees it as something else. 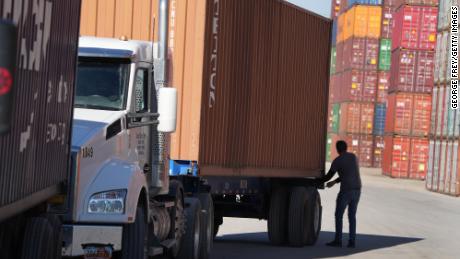 “Consumers are growing more confident in our ability to manage the [pandemic] health challenges,” she told CNN Business. “We’re all growing into a greater level of comfort.”
Predictions can often be choppy, particularly in this “era of unpredictability,” Wells Fargo’s Quinlan said.

He said people are being conscientious, they’re concerned, and “I don’t think anyone is being complacent about the risks.” But Omicron does not appear to present as much of a potential headwind as last summer’s Delta variant, he said.
“If there’s nothing worse than the Omicron variant, then I think inflation remains the bigger bogeyman,” he said.
Source: Read Full Article