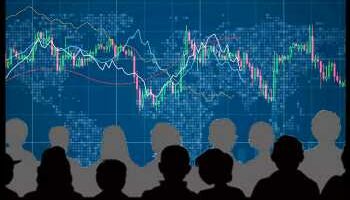 European stocks are seen opening on a positive note Monday, although trading activity is likely to be subdued as both U.S. stock and bond markets are closed for the Independence Day holiday.

The dollar held steady after dropping from a three-month high at the end of last week as concerns about the Fed’s tightening policy diminished.

Investors may get a deeper glimpse at the Fed’s views on inflation when the minutes from the recent FOMC meeting will be released on Wednesday.

Gold traded flat while oil held around $75 a barrel as OPEC+ talks dragged on.

The fight between Saudi Arabia and the United Arab Emirates broke into public view on Sunday with both countries airing their differences over crude production policy as oil prices climb.

China’s service sector expanded at a much slower pace in June as the recent uptick in COVID-19 cases and reduced travel dampened overall new business, survey results published by IHS Markit showed earlier in the day.

The Caixin services Purchasing Managers’ Index fell notably to 50.3 from 55.1 in May.

It’s a busy day ahead on the European economic calendar, with service sector PMIs and finalized PMIs for the region along with ECB President ECB President Lagarde’s speech likely to be in focus.

U.S. stocks closed at new record highs on Friday after data showed non-farm payroll employment jumped by a bigger-than-expected 850,000 jobs in June, although the unemployment rate unexpectedly inched up to 5.9 percent from 5.8 percent in May.

The Dow rose 0.4 percent, while the tech-heavy Nasdaq Composite index and the S&P 500 both gained around 0.8 percent.

European stocks ended mixed on Friday as countries across Europe began to tighten travel restrictions to combat the spread of the Delta variant of the coronavirus.

The pan European Stoxx 600 edged up 0.3 percent. The German DAX inched up 0.3 percent, while France’s CAC 40 index and the U.K.’s FTSE 100 both finished marginally lower.