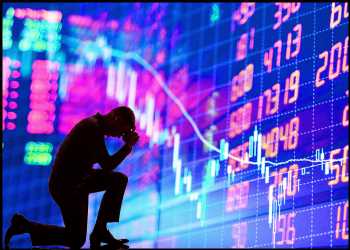 European stocks fell again on Thursday as investors fretted about the coronavirus outbreak turning into a worldwide pandemic.

Elsewhere, Italy struggled to contain the rapidly spreading outbreak that made it the country with more coronavirus cases outside Asia than anywhere else.

The pan European Stoxx 600 was down as much as 1.7 percent at 397.70 after ending virtually unchanged on Wednesday.

Cement giant LafargeHolcim edged up slightly. The company anticipates continued market expansion in 2020, despite challenging conditions in the Middle East, Africa and China.

Advertising major WPP slumped as much as 16 percent. The company reported a sharp slowdown in its final quarter of the year and said it did not expect any improvement in 2020.

Housebuilder Persimmon lost 4.7 percent. After posting flat profits, the company said it was not going to step up its capital return plan. Also, David Jenkinson, the group’s chief executive, is stepping down from the role.

Reckitt Benckiser shares rose over 2 percent. The consumer goods giant swung to net loss for 2019, but revenue for the year rose 2 percent from last year.

British American Tobacco advanced 1.7 percent as it reported a rise in 2019 pretax profit on higher revenue.

Standard Chartered tumbled 3.8 percent after the Asia-focused bank said that a key earnings target would take longer to meet because of slower global economic growth, a softer Hong Kong economy and the impact of the coronavirus outbreak.

Natural gas and electricity supplier Engie surged 4.5 percent after it set a slightly higher than expected core profit goal for this year.