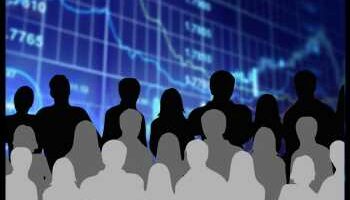 European stocks look set to open a tad higher on Monday after Fed Chair Jerome Powell didn’t give a specific timeline for scaling back stimulus.

Traders await the all-important U.S. employment report this week to assess whether the economic recovery merits an earlier tapering.

Meanwhile, in the latest developments following crackdown on private industries, China has kicked off a two-month campaign to crack down on commercial platforms and social media accounts that post finance-related information deemed economically harmful.

President Joe Biden has set a deadline of Tuesday to withdraw all U.S. forces from Afghanistan.

Asian markets were broadly higher, though the upside remained capped by concerns about the Delta coronavirus variant spread and China regulatory woes.

Oil prices traded mixed in Asian trade after a powerful hurricane ploughed through the Gulf of Mexico. The dollar nursed losses, helping gold prices trade near their highest level in more than three weeks.

Economic sentiment data from euro area and consumer price figures from Germany are due later in the session, headlining a light day for the European economic news.

U.S. stocks ended Friday’s session on a buoyant note as Fed Chair Powell signaled the central bank is likely to begin tapering some of its easy-money policies before the end of the year but there’s “much ground to cover” before rate hikes happen.

The broad-based S&P 500 climbed 0.9 percent to close above the 4,500 mark for the first time ever, while the Dow rose 0.7 percent and the tech-heavy Nasdaq Composite rallied 1.2 percent.