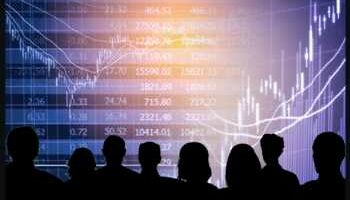 While Amazon badly missed on earnings and revenue, Apple warned supply chain disruption would be an increasing obstacle in the final quarter.

Gross domestic product grew 2.2 percent sequentially after expanding 2.1 percent in the second quarter. Economists had forecast the quarterly growth to ease to 2 percent.

On a yearly basis, economic growth slowed markedly to 3.7 percent from 14.2 percent a quarter ago. Nonetheless, the pace of growth was faster than the economists’ forecast of 3.5 percent.

The EU27 logged a sequential growth of 2.1 percent in the third quarter taking the annual expansion to 3.9 percent.

Separately flash data from Eurostat showed that Eurozone inflation accelerated sharply to the highest since 2008 on higher energy prices.

Inflation rose to 4.1 percent in October from 3.4 percent in September. This was also faster than the economists’ forecast of 3.7 percent. A similar higher rate was last registered in July 2008.

The pan European Stoxx 600 was down half a percent at 472.97 after closing 0.2 percent higher on Thursday.

Tech stocks were losing ground in reaction to the downbeat holiday-quarter forecast from the iPhone maker.

BNP Paribas rose over 1 percent. The lender launched a share buyback program for a maximum total of 900 million euros ($1 billion) after posting a strong rise in third-quarter profit.

Daimler added 1.2 percent after the carmaker posted a higher quarterly profit despite a 30 percent drop in Mercedes-Benz sales due to the chip crisis.