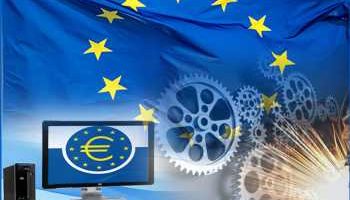 The euro area private sector remained stuck in its deepest downturn ever in May, but the pace of decline slowed as the economy began to partly emerge from the coronavirus lockdown, flash survey results from IHS Markit showed Thursday.

The composite output index rose to 30.5 in May from a record low 13.6 in April. The score has remained below 50 no-change mark signaling third consecutive fall in output.

The prior low of 36.2 was seen during the peak of the global financial crisis in February 2009. Nonetheless, the latest reading was above economists’ forecast of 25.0.

The services Purchasing Managers’ Index advanced to a three-month high of 28.7 from 12.0 in the previous month. This was the highest score since February and above forecast of 25.0.

However, social distancing and other control measures continued to hit businesses such as hotels, restaurants, travel and tourism.

Ongoing measures to control the spread of the coronavirus, or Covid-19, were cited as the major cause for falling output, resulting in widespread closures of businesses, disrupting supply chains and hitting demand.

GDP is likely to fall at an unprecedented rate in the second quarter, down by around 10 percent compared to the first quarter, but the rise in the PMI adds to expectations that the downturn should continue to moderate as lockdown restrictions are further lifted, Chris Williamson, chief business economist at IHS Markit said.

The partial rebound in the composite PMI suggested that the economy is now on a slow road to recovery, Jessica Hinds, an economist at Capital Economics, said. But even as lockdown measures are gradually lifted, the level of activity is likely to be well below “normal” for some months yet.

Looking by region, rates of output decline eased across France and Germany.

The French private sector contracted in May but the pace of reduction eased considerably from April’s unprecedented fall as some firms began to reopen.

The flash composite output index rose sharply to 30.5 in May from 11.1 in April. However, the score was moderately below economists’ forecast of 32.0.

The softer decrease in output was driven by slower declines in output in both the manufacturing and service sectors.

Germany’s private sector continued to shrink in May, albeit the rate of decline eased from the record fall seen in April.

The headline flash composite output index climbed to 31.4 from April’s record low of 17.4. But the score was below economists’ forecast of 34.1.

Despite an improvement, the score was the second-lowest figure since comparable data first compiled in 1998.

Data showed steep falls in manufacturing production and services business activity, though in both cases the rates of contraction were discernibly slower than in April amid the reopening of parts of the economy.

At the same time, the manufacturing PMI came in at 36.8 versus 34.5 in the previous month and below forecast of 39.2.