Bill Carter, a media analyst for CNN, covered the television industry for The New York Times for 25 years, and has written four books on TV, including The Late Shift and The War for Late Night. The opinions expressed in this commentary are his own.

Thursday morning, as most of America still shivered in revulsion at the desecration of our Capitol — and by extension our democracy — one of the loudest sounds heard across the nation was the scurrying of a once merry crew of fat-cat enablers deserting the rapidly sinking SS Trump.

At least temporarily, Trump can no longer post to his acolytes on Facebook or send videos on YouTube. He was even temporarily barred from tweeting. He even is getting criticism from some longtime Fox News idolators, including Tucker Carlson, who, while reflexively placing some blame on Democrats, stuck a knife into Trump a bit Thursday night, saying, “Donald Trump thinks almost exclusively about Donald Trump” and that he had “recklessly encouraged” the riot at the Capitol.
It looks like the sellout by merchants, media titans and tech gazillionaires to a reality-show president with a massive following of adoring fans, who also happened to be the greatest menace to America’s democratic principles in the history of the country, may be over.
But the tallying will go on for some time, measured in an array of categories: billions of ad dollars banked by media companies, stock values hoisted, personal and professional reputations trashed and even lives lost.
Wow, what a ride it’s been.

From the point of view of how business, especially media and tech companies, capitalized on the sideshow attraction of Donald J. Trump, the prevailing take was expressed early on in 2016 as Trump’s wild ride was just starting to roll, by the former CEO of CBS, Leslie Moonves.
“It may not be good for America, but it’s damn good for CBS,” Moonves said during a presentation in San Francisco at a Morgan Stanley media conference.
Moonves obviously had much more to live down later amid sexual harassment allegations, which he has denied, and his departure from CBS, but he wasn’t alone among executives seeing advertising dollar signs instead of warning signs in the rise of Trump.
Having known Moonves for years, I can say he is hardly in sync with Trump’s political views. But his willingness to take financial advantage of the Trump phenomenon was emblematic of how Trump was enabled across much of the media and tech world. In the same presentation where he delivered that memorable quote, Moonves also said:
“I’ve never seen anything like this, and this is going to be a very good year for us. Sorry. It’s a terrible thing to say. But, bring it on, Donald. Go ahead. Keep going.”
Oh, he kept going.
And through every egregious moment, every insult, every embarrassment, no major impediments were thrown in the path of the gravy train — at least until near the end of the run. Jack Dorsey, Twitter’s CEO and founder, showed some of the first flashes of conscience, sticking what amounted to warning labels on some of Trump’s most offensively mendacious messages. Of course, those didn’t deter Trump from using the platform to lie about election fraud and his cataclysmic bungling of his government’s response to the pandemic. The cost has been hundreds of thousands of lives — and counting. 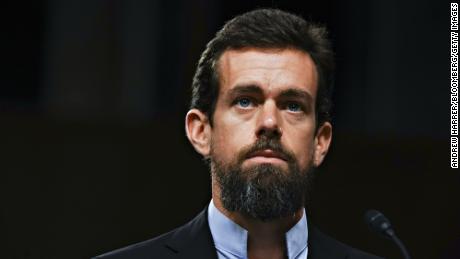 At Facebook, the reluctance — in the face of Trump’s recklessness — to put content moderation systems in place may be the real legacy of founder and CEO Mark Zuckerberg, not the invention of one of the world’s most popular social media sites. Even with some staff almost in open rebellion, looking for some way to disassociate the site from Trump’s racist and inflammatory posts that spread disinformation and appeared aimed at inciting violence, Zuckerberg consistently leaned toward protecting Trump’s interests by arguing that political speech was exempt from other Facebook policies on content.
“Personally, I have a visceral negative reaction to this kind of divisive and inflammatory rhetoric,” Zuckerberg wrote in a Facebook post at the time. “But I’m responsible for reacting not just in my personal capacity but as the leader of an institution committed to free expression.”
Zuckerberg would never have mixed personally with the crowd defacing the halls and offices of the Capitol Wednesday, but for a long time he didn’t see much wrong with providing a comfortable home for them — or selling their information to advertisers.
Those guys are hardly alone: Surely a special place in the billionaires-for-Trump club is reserved for Rupert Murdoch, whose media empire essentially signed on to serve as Trump Pravda.
Again, great business decision: Serving Trump devotees’ almost non-stop loyalty to their dear leader led to dominant ratings and giant profits for Fox News. That its coverage filled those viewers with toxic lies didn’t seem to bother Murdoch, his son Lachlan, the CEO of Fox, or the channel’s other managers.
Of course, in nature of all venomous creatures, Trump managed to whip around on Fox News anyway and bite them for failures of abject toadyism, directing some of his most fervid supporters toward even more sycophantic outlets like Newsmax and One America News Network, themselves eager to suck up some final drops of cash from the fetid Trump watering hole.
Over the Trump years, much has been kicked around in media-critic circles about over-eagerness by “mainstream media” to cover all aspects of the Trump phenomenon, legit news or not. Even outlets he trashed as “enemy of the people” cashed in on Trump’s domination of public attention. The New York Times saw subscription levels soar above 7 million, and profits jump 28% last year. 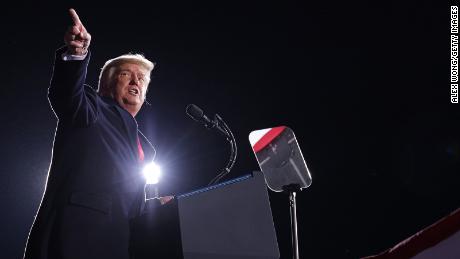 CNN had its most-watched month ever this past November, the latest data point in a four-year Trump-related surge for the network. CNN had its most-watched day ever covering the Trump-inspired insurrection Wednesday.
But there has been a significant difference between acknowledging Trump and enabling him. For the first two years of his administration, when Republicans controlled both houses of Congress (and kowtowed shamelessly to Trump), non-Trump media outlets provided the only real check on his convulsive, dark antics.
Republicans never stopped the kowtowing. Even on Wednesday, over a hundred of them were doing his bidding, theatrically challenging an election with no evidence whatsoever. They sent the message that, despite the spectacle of a President fomenting a riot, just days after making a call to Georgia’s secretary of state bullying him to find 11,870 votes and overturn the election results, and weeks of total fecklessness as the coronavirus killed American citizens in bigger-than-9/11 numbers daily, they would still rather keep him in office than a legally elected Democrat.
They’ll have to live with that stain on their reputations. So will all the business people who thought they could get in bed with Trump and not wake up infected.
Source: Read Full Article