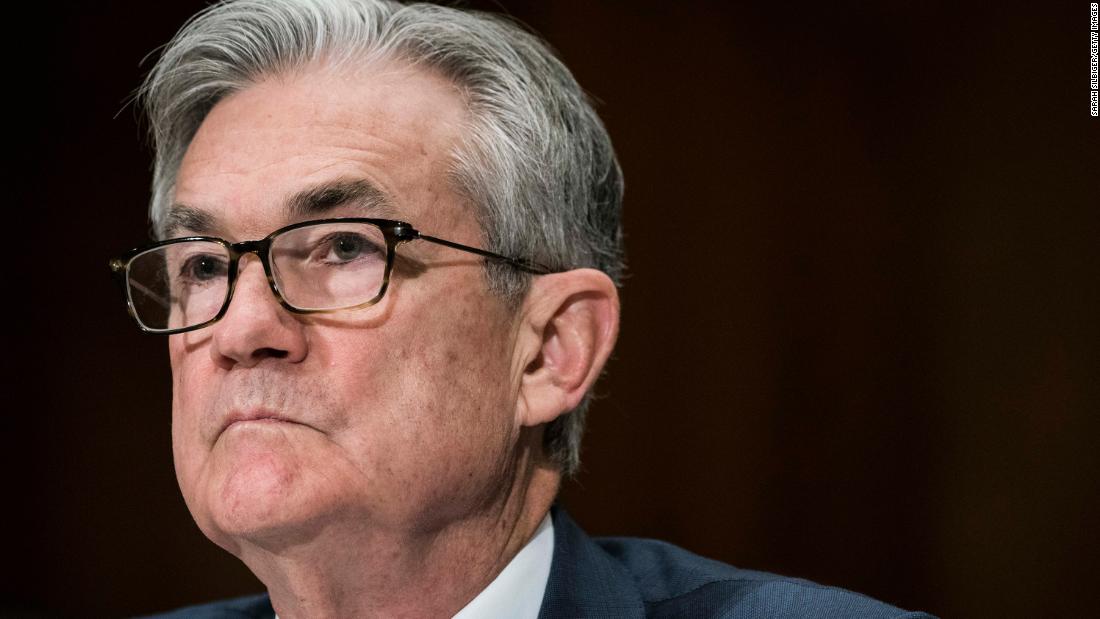 New York (CNN Business)The Federal Reserve slashed interest rates by half a percentage point on Tuesday, a bold attempt to give the US economy a jolt in the face of concerns about the coronavirus outbreak.

It was the first unscheduled, emergency rate cut since 2008, and it also marks the biggest one-time cut since then. The new benchmark interest rate is a range of between 1% and 1.25%.

Although the fundamentals of the US economy remain strong, “the coronavirus poses evolving risks to economic activity,” the central bank said in a statement.
Fed Chairman Jerome Powell echoed this sentiment during his subsequent press conference Tuesday.

“We saw the risk to the outlook to the economy and chose to act,” Powell said, adding that the financial markets are functioning normally, the economy continues to perform well, and that he expects the United States to fully recover after the outbreak ends.
The emergency rate cut came as somewhat of a surprise: Although the stock market soared Monday in expectation of a rate cut (the market predicted a 100% chance of a cut in March), the Fed and other central banks had seemingly pooh-poohed the notion as recently as Tuesday morning.
That whiplash signaled that the outlook for America might have been in more jeopardy than previously thought. The US stock market tumbled, with the Dow tanking as many as 608 points at its low-point on Tuesday.
“I don’t think anybody knows how long it will be,” Powell said, referring to the potential economic damage coronavirus could cause. “I know the US economy is strong and we’ll get to the other side of this and return to solid growth and a solid labor market as well.”
Although a rate cut won’t cure infections or fix broken supply chains, “it will help boost household and business confidence,” Powell noted.
The potential damage to the US economy is still an unknown: Powell said any coronavirus-related slowdown would be in a very early stage, although many industries, such as travel and leisure are already reporting losses to their businesses.
The central bank did not discuss any other forms of stimulus, he said. But the market expects the Fed to continue to further slash rates to respond to coronavirus: The stock market has priced in a 60% chance of a quarter-point rate cut at the Fed’s meeting in April, according the CME FedWatch Tool.

The G7 disappointed investors hoping for coordinated monetary policy action Tuesday morning. And just last week, several Fed officials said it was too early to cut rates in the face of the global virus outbreak. Powell released a statement on Friday saying the central bank would act as appropriate, which sounded like the central bank was taking a wait-and-see approach.
The Fed chairman on Tuesday explained the change of heart was because of the continued spread of the disease and a risk to America’s economic outlook.
Economists are worried about the effect the outbreak will have on global supply chains, trade and consumer spending. The latter is the backbone of the US economy.
On Monday, the Organization for Economic Cooperation and Development warned that global growth could be cut in half if the outbreak continues to spread. Many of the world’s biggest companies, including Apple (AAPL) and Microsoft, (MSFT) have issued profit and sales warnings in recent weeks because of travel restrictions, factory closures and supply chain issues.
With respect to coordinated action of multiple central banks, Powell noted that it’s up to individual banks to determine whether they will act, too, as the United States just did. But he hinted further rate cuts from international central banks could be on the way. The Reserve Bank of Australia slashed rates by a quarter-percentage point on Tuesday.
“It’s possible you’ll see more individual action — more action moving forward,” Powell said.

“With financial markets in turmoil and evidence growing that the coronavirus is developing into a pandemic, the Fed’s change of heart is entirely understandable, wrote Paul Ashworth, chief US economist at Capital Economics.
President Donald Trump, who has long advocated for lower rates, cheered the rate cut but said the Fed needed to cut further.

The Federal Reserve is cutting but must further ease and, most importantly, come into line with other countries/competitors. We are not playing on a level field. Not fair to USA. It is finally time for the Federal Reserve to LEAD. More easing and cutting!