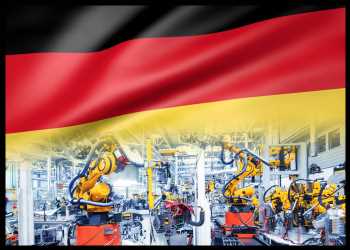 German Factory Orders Rise Most Since 2014 On Robust Foreign Demand

Factory orders expanded 5.5 percent on a monthly basis, reversing a 2.1 percent decrease in December. This was the biggest increase since July 2014. Orders were forecast to grow moderately by 1.2 percent.

Domestic orders dropped 1.3 percent, while foreign orders advanced 10.5 percent. Orders from the euro area surged 15.1 percent and that from other countries grew 7.8 percent.

Year-on-year, industrial orders dropped 1.4 percent, but the gain was smaller than the expected decline of 5.4 percent and December’s 8.9 percent fall.

The economy ministry said the industrial economy is likely to be at its turning point. However, it remains to be seen how the new risks from the coronavirus will affect.

Although the monthly increase in factory orders was due in large part to big-ticket orders and was also a counter-movement to the very weak December, the figures underline that German manufacturing had stabilized at the beginning of the year, Ralph Solveen, a Commerzbank economist, said.

New orders are expected to have fallen sharply in February, in response to the sharp January increase and the first effects of the coronavirus, the economist noted.

Demand for intermediate goods were 3.5 percent higher than in the previous month. Orders received by manufacturers of capital goods advanced 7.1 percent and those by consumer goods producers climbed 2.9 percent.

Further, data showed that manufacturing turnover moved up 2 percent on month in January, in contrast to a revised 0.7 percent drop in December.