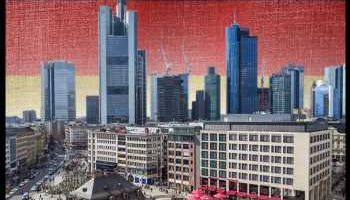 Germany’s government announced measures including additional investment over next four years to boost the economy as the coronavirus, or COVID19, outbreak hurt activity.

“As a result of the coronavirus, no company in Germany should go bankrupt, nor should any job be lost as much as possible,” the coalition said in a statement on Monday. The measures were decided after talks late Sunday.

The grand coalition of Chancellor Angela Merkel decided to increase investments by EUR 3.1 billion in each of the year from 2021 to 2024.
This aid totaling EUR 12.4 billion will be invested in future-oriented projects such as modern traffic routes, affordable housing, digital strategy and artificial intelligence.

In other measure meant to reduce the economic shock from COVID19, the coalition decided to improve the short-time work benefits, thus protect jobs and support employers.

Under new provisions decided, companies can claim the short-time work allowance only if 10 percent of the workforce is affected. The earlier threshold was a third of the employees.

The government shall also plan more financial aid for companies, the statement read.

The coalition committee also decided that Germany it shall accept 1,000 to 1,500 children from the refugee camps in Greece who either need urgent treatment because of a serious illness or are unaccompanied and younger than 14 years old, most of them girls. This will be implemented as part of the “coalition of the willing” at European level.

Latest data from Destatis showed that the biggest euro area economy stagnated in the final quarter of 2019, amid weaker private consumption and a slump in exports.

The export-oriented economy is set to take a big hit as the coronavirus, which originated in China, has spread to over 100 countries and caused supply chain disruptions across the world.