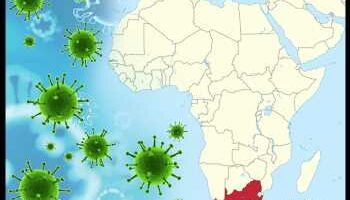 The discovery of a new Covid-19 variant in South Africa, which appears to be spreading fast, prompted other countries to take precautionary measures.

The latest scare in the pandemic was disclosed by South Africa’s health minister Joe Phaahla at a news conference Thursday.

“Initially it looked like some cluster outbreaks, but from yesterday, the indication came from our scientists from the Network of Genomic Surveillance that they were observing a new variant,” Phaahla told reporters.

It has also been detected in the neighboring Botswana, Israel, and in a traveler who left South Africa for Hong Kong.

In the same news conference, Professor Tulio de Oliveira, the director of the Center for Epidemic Response and Innovation, said the variant has many more mutations than the genomic scientists in the country expected. “It is spreading very fast and we expect to see pressure in the health system in the next few days and weeks,” he added.

The public have been advised to avoid “super spreading events.”

Hardly a quarter of the South African population is fully vaccinated against Covid.

The new variant is the most worrying that is seen yet, according to the chief medical adviser of the UK Health Security Agency, Dr Susan Hopkins.

The UK, Germany, Italy, Israel and Singapore have imposed travel restrictions on a number of African countries in the wake of the new pandemic threat.

Ursula von der Leyen, president of the European Commission, said, “The EU Commission will propose, in close coordination with Member States, to activate the emergency brake to stop air travel from the southern African region due to the variant of concern B.1.1.529.”

The World Health Organization will hold a special meeting with South African officials Friday to discuss the the evolving situation in the country.

The highly mutated Covid variant may be less effective against vaccines, reports say.

But it is too early to say if the new variant may affect vaccines, and if it spreads more rapidly or is more deadly, BBC quoted Dr Mike Tildesley, a member of the Spi-M advisory group, as saying.

Global markets reacted negatively to news of the new Covid variant and the consequent travel curbs.