Good news for motorists as insurance costs fall by £54 – but how long will it last? 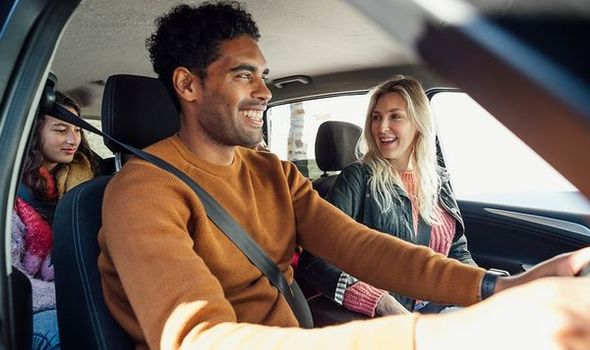 While the most popular vehicles all saw savings the greatest falls in insurance costs came amongst the traditionally cheapest to insure cars.

Overall out of the 10 cheapest to insure models average premiums were down 20 percent.

During the pandemic there was a significant fall in insurance claims with a report by economics consultancy Pragmatic Advisory finding a 23 percent fall in road traffic accidents and a 21 percent fall in vehicle thefts.

The report calculates this equated to around £3.3billion in excess profits for the insurance industry.

Last week head of the Association of Consumer Support Organisations Matthew Maxwell Scott wrote to business secretary Kwasi Kwarteng asking for him to commission a review of industry pricing by the Office for National Statistics.

Mr Maxwell Scott said: “The only way to be certain that the consumer is getting a fair deal from motor insurers is for them to submit their numbers to an official body for peer review.”

“We believe that, for a compulsory product like car insurance, it is not okay for insurers to mark their own homework.”

According to data out today from GoCompare less than one in five drivers have returned to pre-pandemic driving habits with many now walking more and some even reducing the number of cars in their household.

The GoCompare figures, which compared data from 2018 with 2021, also suggested more drivers were insuring for lower mileages.

However any increases in road traffic will filter through into insurance premiums, particularly if trends start to shift back more towards pre-pandemic behaviours.

Kate Devine, car insurance expert at MoneySuperMarket, said: “Following significant drops in average premiums prices at the start of the year, prices might be on the rise as the economy re-opens and more of us return to our cars.”

DON’T MISS:
What happens when an electric car runs out of charge? [EXPLAINED]
Barclays CEO steps down over Epstein probe [LATEST]
Mortgage rates rise ALREADY – payments could surge by £600 a year [SPOTLIGHT]

Ursula Gibbs, director at Compare the Market, insists shopping around is still one of the best ways to reduce insurance costs and that drivers “could save an average £267 by switching to a better deal.”

Commenting on the latest price falls Ms Gibbs said: “Many drivers might fail to take advantage of these savings if they simply auto-renew their insurance with their current provider.”

“Given the financial pressures that the increased cost of fuel is placing on many households, it’s worth shopping around to take advantage of these sorts of savings.”

In January next year the Financial Conduct Authority will enforce a ban on the so called ‘loyalty penalty’ which sees renewing customers often charged a higher premium than a new customer.

However there have been concerns insurers may make up the shortfall by increasing prices across the board for all customers.