To attract bidders, the government had decided to hive of around Rs 35,000 crore of the company’s debt into a separate subsidiary, leaving around Rs 23,286 crore to be absorbed by the new bidder. 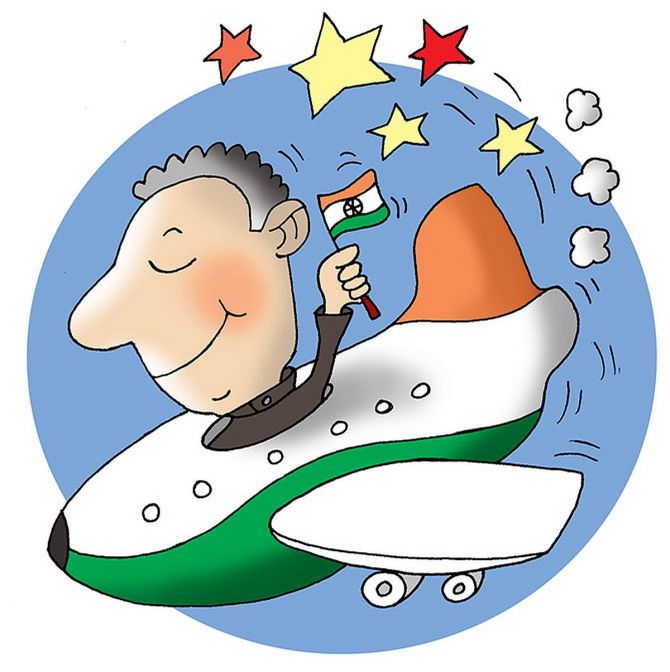 The government is expecting to fetch around Rs 15,000 crore from the sale of Air India, its subsidiary Air India Express and AISATS, according to officials and bankers involved in the divestment process.

Prospective bidders are perhaps ascribing zero value to the equity of the financially-stressed company, a source said.

The Tata group is being considered a frontrunner for acquiring Air India.

While the government has appointed RBSA Advisors for  valuation of Air India, reserve price — a formal indicative price for the company — will be finalised by a group of ministers after the financial bids are received.

Bidders are reluctant to put any significant value on intangible assets like airport slots and bilateral rights, which are otherwise considered prime, an investment banker working on the finances of the airline said.

“Unlike airports like Heathrow, slots cannot be traded in India. It becomes intangible as value of such assets depends on how a bidder is willing to use it,” he said.

Another reason for the current situation is the decline in the value of wide-body aircraft like Boeing 787 and 777 and older generation aircraft like Airbus 320 and Boeing 737 due to the impact of pandemic on air travel.

“But with the pandemic, the new owner may not require those aircraft or good value for those in the lease market,” the banker said.

Its subsidiary Air India Express has 25 Boeing 737, of which 10 are owned.

According to Fitch Ratings, the market value of 10-year-old wide body aircraft like Boeing 777 has declined by 27 per cent while that of a 10-year-old narrow body like Boeing 737 and Airbus A320 aircraft has come down by 16 per cent.

“Any bidder which wins has to invest big patient capital into the company as it has to be completely rebuilt while incurring liabilities.

“The operator will need to invest in latest generation of aircraft while upgrading infrastructure, software which will require a large investment for a long period. So, bidders are valuing the airline accordingly,” the banker quoted above said.

If the sale of Air India fetches around Rs 15,000 crore, the proceeds will not be sufficient for the government to pay off the debt of the fledgling carrier.

In such a scenario, it will require other means like raising money through bonds and monetising the company’s non-core assets in order to pay lenders.

To attract bidders, the government had decided to hive of around Rs 35,000 crore of the company’s debt into a separate subsidiary, leaving around Rs 23,286 crore to be absorbed by the new bidder.

In October, it had also tweaked conditions allowing bidders to quote an enterprise value- a combined worth of debt and equity.

However, government officials involved in the sale process said  the strategy behind selling the airline was to plug future cash loss and not revenue generation.

According to the Budget of FY22, the government expects Rs 1.75 trillion from stake sale in public sector companies like Air India and other financial institutions, like two banks and one insurance company.

“The Air India sale should be seen more like a reform and less as a revenue generating exercise. It will make the company efficient and also absolve the government from spending any money in the company in future,” said a government official.

Its losses are expected to double in FY21 due to the pandemic.

According to a government estimate, the national carrier would have required an infusion of almost Rs 12,000 crore in the next two years.

The pandemic has severely impacted valuation of airlines as many carriers are willing to get sold cheaply or face bankruptcy.

Malaysian airline AirAsia recently sold 32.67 per cent of its stake in AirAsia India to the joint venture partner Tata Sons for $37.66 million, which bankers consider is around 30 per cent less than the airline’s original value.

However, bankers say that the airline is in a unique position as it is one of only two carriers in the attractive Australian market.

“Air India is neither healthy nor enjoys monopoly in any route, its survival outside a government ownership is not guaranteed. Hence it doesn’t enjoy such value,” another banker pointed out.