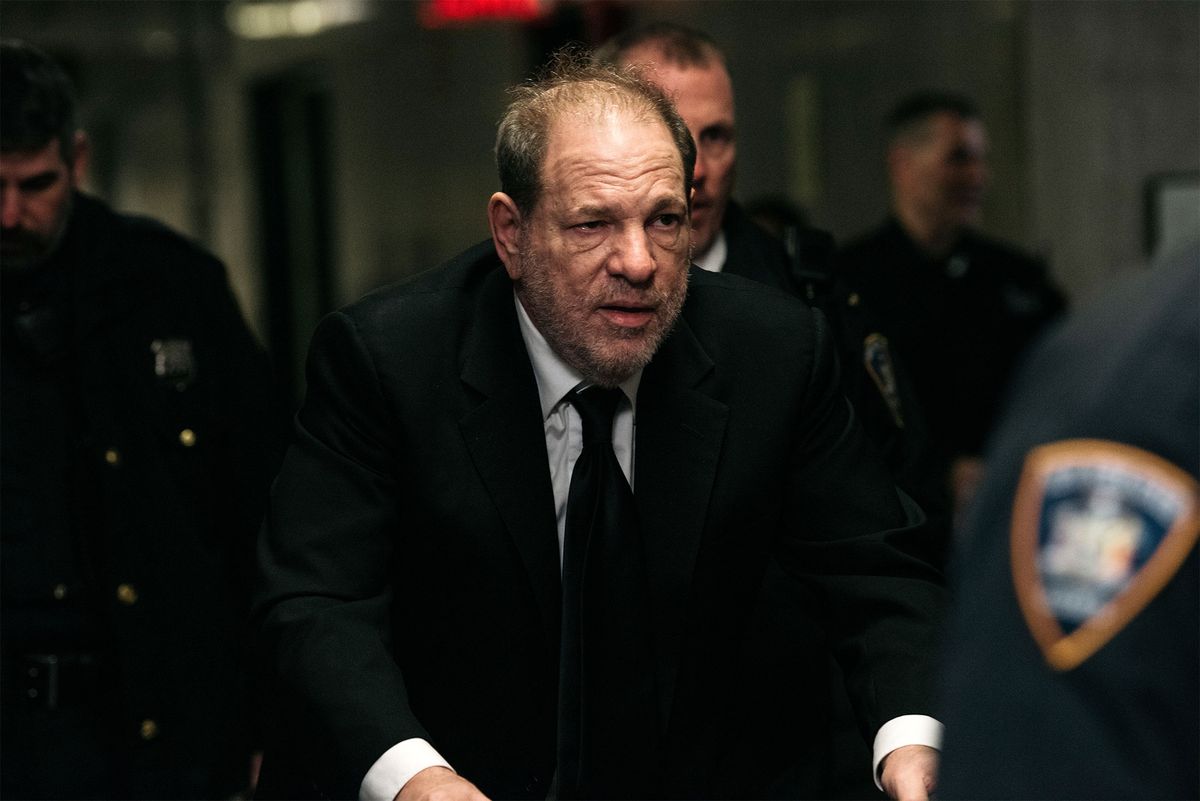 Harvey Weinstein used his final minutes before he was sentenced to portray himself as a martyr in a disjointed rant that led one of his lawyers to try to stop him while an accuser shook her head in disbelief.

“We are going through this crisis right now in our country,” Weinstein said Wednesday, addressing the judge just before he was sentenced to 23 years in prison. “I was the first example, and now there are many men who have been accused of abuse, something I think none of us understood.”

If Weinstein’s decision to speak was a surprising twist, what he actually said bordered on the bizarre. He spoke after one of his victims, Jessica Mann, called him “the power over the powerless.”

But Weinstein tried to cast himself as the powerless one, comparing himself and other men brought down by the #MeToo movement to victims of McCarthyism. He likened himself to one of the best-known screenwriters blacklisted during the McCarthy era.

“Everybody is on some kind of blacklist,” he said. “I think possibly men like myself, like Dalton Trumbo — they said they were Communists, and now there’s a scare, just like that now.”

Much of what Weinstein said echoed comments he made in a December 2019 New York Post interview and in two letters he sent to industry colleagues in late 2017, as the allegations against him were first becoming public. He admitted behaving badly but again denied having non-consensual sex with anyone. He also touted his support for women and women’s stories in the film industry, as well as other good causes.

“There are so many people, thousands of people who could say great things about me,” Weinstein said.

His rambling delivery and the presence of his accusers in the hushed courtroom lent his 10-minute speech a surreal air. He directly addressed one accuser, Miriam Haley, as “Mimi,” saying he remembered fond letters that he thought meant they had “a serious friendship.” His forced oral sex on Haley accounted for 20 years of his sentence.

“I wasn’t about power, I was about making great movies,” Weinstein said. “Other people cared less about movies and more about their children, families and friends.”

He said he still felt affection for Mann and Haley and expressed hope that “something of our old friendship” might survive. He suggested both women had been told what to say by their lawyers.

“I’m not going to say these aren’t great people,” Weinstein said of his accusers. “I had wonderful times with these people, you know. It is just I’m totally confused and I think men are confused about all of these issues.”

At one point, defense lawyer Arthur Aidala jumped up in an attempt to stop Weinstein from speaking. After a whispered huddle with Aidala and lead defense lawyer Donna Rotunno, Weinstein pressed ahead. Aidala tried to stop him a second time, but Weinstein brushed the lawyer off.

Lauren Young, another accuser who testified against Weinstein in the trial, was seen shaking her head and burying her head in her hands.