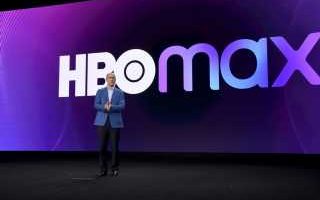 HBO Max has cleared one of the last remaining distribution hurdles in its streaming rollout, announcing a distribution deal with Comcast, the No. 1 U.S. cable provider.

The deal makes HBO Max, which launched earlier Wednesday, available to customers of Comcast’s Xfinity X1 video package and Flex, a broadband video offering that is free for Comcast subscribers. Similar to other deals struck by HBO Max, existing HBO subscribers on Xfinity HBO will get access to HBO Max at no additional cost, starting Wednesday. New customers will be able to purchase HBO Max directly through Xfinity in the coming days.

The service costs $15 a month, with a discounted rate of $12 for new subscribers. Most of the 30 million-plus HBO subscribers in the U.S. already pay $15 a month for the premium network.

WarnerMedia in recent weeks has announced a flurry of distribution deals with partners ranging from pay-TV operators like Charter and Verizon to digital outlets like YouTube and Apple TV to gaming platforms PlayStation and Xbox. Securing distribution is seen as a key step toward the company’s stated goal of 75 million to 90 million global subscribers by 2025.

Two significant gaps remain, however. HBO Max is not available on Amazon Fire and Roku, though talks are reportedly ongoing with the latter, which serves about 40 million U.S. households.

Comcast has been in the vanguard of traditional cable operators moving to integrate streaming offerings into its systems. It recently added Hulu and already has had Netflix, Amazon and NBCUniversal’s Peacock on Xfinity platforms.

“X1 and Flex bring our customers an unmatched depth and breadth of live, on demand and streaming entertainment, and we look forward to partnering with WarnerMedia to integrate the HBO Max app on our platforms alongside close to 200 other streaming services – all searchable with the award-winning Xfinity Voice Remote,” said Rebecca Heap, Senior Vice President, Video and Entertainment, Comcast Cable.

”We’re thrilled to cap off the excitement of today’s launch by adding Comcast’s Xfinity to our roster of distributors who are now offering HBO Max to their customers,” said Rich Warren, president of WarnerMedia Distribution. “This deal marks another important step in the distribution of HBO Max and provides millions of Xfinity customers with access to the product.”