Mark Zandi is chief economist of Moody’s Analytics. The opinions expressed in this commentary are his own.

More than six months since the Covid-19 pandemic hit, the US economy remains in a bad place. One-fifth of American workers are either unemployed, too discouraged to look for work and thus are not counted as unemployed, have lost work hours or have suffered a pay cut because of the pandemic. Hope that the economy would come roaring back is fading.

Voters are wondering whether President Donald Trump or Vice President Joe Biden has the better plan to get the economy past the pandemic and back to full strength. Their plans couldn’t be more different. Based on our analysis, Biden has it right, and Trump has it wrong.

Trump’s plan is simple — double down on the policies he pursued in his first term. Because he thinks he fixed the economy prior to the pandemic, he thinks he can fix it again. The problem with this logic is that the economy was doing just fine when he took office. In the last three years of Obama’s presidency, the economy created more jobs and unemployment fell more than in Trump’s first three years. 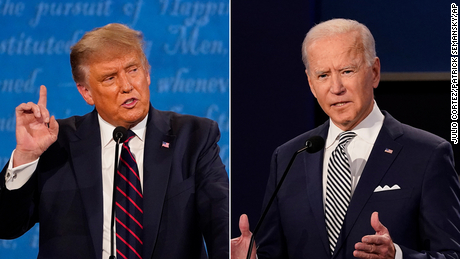 The President likes to point to the stock market as evidence that his economic policies are working. But credit for a rising market should go to the Federal Reserve, which slashed interest rates nearly to zero, and which has indicated that rates won’t budge until the economy has fully recovered.
The President nonetheless believes his economic policies were a success and we should expect more of the same in his second term. This means more tax cuts. Corporations and the well-to-do benefited most from the massive tax cuts Trump signed into law at the end of 2017, but some of those cuts expire soon, and he wants to make them permanent.

Trump will also likely resume his damaging tariff war with China, which he put on hold late last year with the so-called Phase One trade deal. Once the dust settles after the pandemic and it becomes obvious that the deal had little impact on Chinese behavior, the tariff wars will undoubtedly heat up again. Tensions with other trading partners will also remain high. Any improvement in the trade deficit between the United States and China since the trade war began has been offset by widening deficits between the United States and other nations. Global manufacturers have not meaningfully shifted their production back to the United States. Instead, they’ve moved to other countries, like Vietnam, with low production costs. Trump has focused his ire on nations with which the United States runs trade deficits, and that ire will continue in his next four years.
President Trump will also inevitably clamp down further on foreign immigration, which will weaken longer-term economic growth. Immigration restrictions slow growth in both the labor force, which is problematic due to a potential decline in our working-age population, and labor productivity, since immigrants tend to be risk-takers who start new companies and fuel innovation.
Biden promises to implement the opposite of many of Trump’s policies. He has pledged that he will continue to push the Chinese to abide by international trade laws, but he would do so by re-engaging with the World Trade Organization and implementing other multilateral strategies. Biden has talked about the possibility of recommitting to a modified Trans-Pacific Partnership free trade agreement, with tougher labor and environmental provisions.
The TPP was the deal between the United States and other Pacific Rim nations that excluded China, because that country didn’t play fair. The Obama administration had agreed to the TTP, but Trump withdrew from it with one of his first executive orders.
Biden would also normalize foreign immigration, by granting Dreamers — undocumented residents brought here as children — citizenship, allowing refugees and asylum seekers to come to America and supporting the sweeping immigration reform legislation that nearly became law in Obama’s second term.
To realize his plans, Biden will aggressively ramp up government spending. He proposes big investments in infrastructure, including the usual emphasis on roads and bridges, but also clean energy and research and development, such as 5G, battery technology and artificial intelligence. Investments in education would also get a big boost, including early childhood education, free public college tuition for lower- and middle-income students and student loan debt relief. The social safety net would also get stronger, with more funds for health care, child and elder care, housing and Social Security. 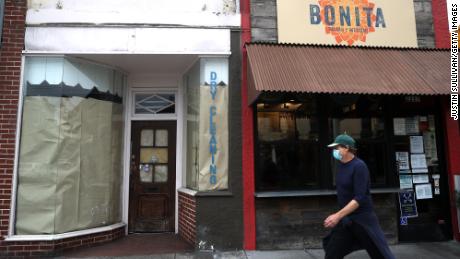 To help pay for this, Biden says he will increase taxes on corporations and the well-to-do, unwinding many of Trump’s tax cuts. The Trump tax cuts haven’t lifted business investment and economic growth much, certainly not to the extent he advertises, and thus any fallout from the higher taxes would be modest. Nor would there be much impact on the spending of wealthier households given their considerable savings.

Biden’s government spending plan will result in bigger budget deficits. This would be a problem in most times, as it would result in higher interest rates that would undermine the benefits of the increased spending. But not now. Because if Biden wins the election, he will inherit an economy with extraordinarily high unemployment, ensuring that through much of his term the Fed will hold to near-zero interest rates. This is the time to run larger deficits to get the economy back to full employment as quickly as possible.
Trump and Biden could hardly be more different. This is especially clear when it comes to economic policy. Voters couldn’t have a clearer choice.
Source: Read Full Article