In late March of last year, Adobe CEO Shantanu Narayen was getting ready for Adobe’s annual customer conference, its biggest event of the year. Normally he’d be getting on a plane to Las Vegas, planning to meet with customers from around the world to share Adobe’s new innovations with an audience of more than 22,000.

But this time around, the then-56-year-old executive was filming his keynote from his home office in Northern California — no audience, no splashy background, just some recording equipment Adobe’s production team sent him a few days earlier and two white-paneled doors as his backdrop.

Adobe Summit, as the event is dubbed, normally starts by teasing all the exciting new products Adobe is planning to share, but this one was distinctly different. Narayen sought to tell the customers who would watch his keynote on March 31 one thing: Adobe was there for them.

“COVID-19 is changing everything about life and work as we know it,” Narayen said in his presentation. “Now more than ever we must come together as a community to share best practices, given digitally engaging with customers is paramount. We hope what we share with you at Adobe Summit will help you as you all run your digital businesses.”

Turning Adobe Summit digital was just one of many more decisions Adobe had to make in response to the pandemic. The biggest hurdle throughout has been supporting employees while making sure the business was focused on the right things, and Narayen found that his tried-and-true practices of putting employees first helped Adobe push through.

Narayen’s rise to the top

During Narayen’s tenure, Adobe’s revenue has quadrupled. It grew from $3.16 billion in 2007 to more than $12 billion last year. This year it expects to exceed $15 billion in revenue. Head count during the same period has also grown from about 6,000 to 22,000.

Narayen’s leadership is also apparent in the quantitative metrics Insider looked at when evaluating CEOs at America’s largest corporations. The company’s stock price increased 51.6% in 2020. Narayen is highly regarded by his employees on the review sites Comparably and Glassdoor, and Adobe was the 10th-highest-ranked company on Just Capital’s 2021 rankings measuring commitment to environmental, social, and governance issues.

He became CEO in 2007 and is credited with transforming Adobe, founded in 1982, from a company that sold creativity software in boxes to a cloud-based subscription-services company in 2012.

Narayen tends to fly under the radar in Silicon Valley. He isn’t one to tweet his every thought to the world, though he’ll speak out on issues that matter to him, like immigration. When you ask him about Adobe’s success, he shines the spotlight on his employees.

“All our intellectual property is in our employees’ heads,” Narayen told Insider over a video call in early February. “I’m probably not as out there as other CEOs. I’d rather focus my effort internal to the company because they will then be my brand evangelists.”

Narayen spent his early years in Hyderabad, India. He attended the Hyderabad Public School, Begumpet, coincidentally the same high school as Microsoft CEO Satya Nadella and Mastercard CEO Ajay Banga, and earned a bachelor’s in electronics engineering from Osmania University in Hyderabad. In the early 1980s he immigrated to the US to attend graduate school at Bowling Green State University in Ohio.

After graduation, like many other aspiring technologists, he moved to Silicon Valley. He worked for startups before joining Apple’s product-development team in 1989. During that time, he earned an MBA at the University of California, Berkeley’s Haas School of Business, attending classes at night, working at Apple during the day.

In 1996, Narayen cofounded Pictra, one of the first photo-sharing websites. That’s where he had his first brush with Adobe, when looking to sell his company in the late 1990s. Although it didn’t work out, he managed to impress then-Adobe CEO Bruce Chizen, who hired him to lead the engineering department, according to a 2008 report from Forbes.

At Adobe, Narayen built a reputation for his engineering chops and his ability to think strategically. In 2002, he noticed that Adobe could improve its business-sales teams by adopting sales-commission practices from Microsoft and other competitors, according to Forbes. He persuaded Chizen to change things, and sales grew 42% in 2003.

That kind of strategy is part of what makes him a great leader, Amit Ahuja, Adobe’s VP of Experience Cloud told Insider. “His ability to connect dots across different parts of the business, across different market trends, and then very succinctly distill the key decisions that need to be made is something I marvel at.”

Ahuja also sees this reflected in Narayen’s mindset that Adobe should be a strategic partner to its customers. During the pandemic Adobe allowed customers who were struggling financially to delay payments.

“He always, always, always wants to do the right thing,” Ahuja said. “He was very adamant that we aggressively think how to show we are strategic partners to these customers.”

On April 23, 2012, Narayen was preparing to speak to journalists and industry professionals at San Francisco’s de Young Museum about Adobe’s biggest innovation yet: Creative Cloud.

The hallways leading to the auditorium at de Young were lined with photos and graphics created using tools like Photoshop. It was a preview of the message Narayen was about to share: Adobe has powered creativity for 30 years and is adapting for the next generation.

On the stage behind Narayen was a splashy graphic that read “Create Now.” “We are proud at Adobe of the role we have played in empowering creatives,” Narayen said at the event.

Adobe’s transformation to the cloud started around 2010 with a pilot in Australia, which combined tools like Photoshop and Lightroom into a subscription offering that people could download and pay for monthly, according to a blog post from Boston Consulting Group. A large percentage of customers were signing up.

Seeing the success, Narayen decided to roll out Creative Cloud worldwide, making it publicly available in May 2012.

But this was a massive change, and some employees were still unsure about it, said Gloria Chen, Adobe’s chief people officer, who was previously Narayen’s chief of staff for eight years. In particular, the Photoshop team, the “crown jewel” of Adobe’s creative business, was unsure how customers would be affected, Chen said. Narayen didn’t take the concerns lightly.

He scheduled multiple meetings with that team, going down to the Photoshop floor of Adobe’s San Jose headquarters, to hear their concerns and work through the issues together.

“He really does understand there are, in every situation, going to be those key people who are the linchpin to driving successful change and transformation,” Chen said. “And he really invested that time.”

In May 2013, Adobe discontinued updates for its boxed products. Initially the company faced criticism that this would cost customers more. A Change.org petition even urged the company to roll it back. Narayen addressed the issue in a Mashable interview in May 2013, saying it actually lowered the barrier to entry for new users and doesn’t cost more in the long run. With a cloud subscription, customers get updates faster, meaning they get more value for what they pay for.

Now Adobe’s story is so highly regarded that companies undergoing digital transformation see Narayen as an example, said Rob Oliver, a software industry analyst at Baird. When he was in an investor meeting with Narayen about four years ago, someone asked what Adobe was offering companies who wanted to digitally transform. Narayen’s response spoke volumes, he said.

“He said that essentially his phone was ringing from large company CEOs around the world, not just because they wanted to buy his software but because they looked at him as an example,” Oliver said.

Narayen was able to “look around the corner” and get ahead of where the market was going, setting Adobe up for long-term success, Chen said.

To peers like Brad Smith, the chairman of Intuit who took on a CEO role around the same time as Narayen, the key to Narayen’s success is his ability to innovate while still putting people first.

“I think what has differentiated him from many in the Valley is he is an amazing people leader and culture builder, and he can show not only the technology and product vision, but how to build a culture that’s built to last,” Smith told Insider.

These days, it’s not unusual for one of Narayen’s video meetings with colleagues to get interrupted. An employee’s dog or child might bounce into their workspace at home and capture everyone’s attention.

“They are always a little embarrassed and I’m like, ‘No, no, no. Can you please introduce your child to us? Can you please tell us about the dog?'” he said. “You’ve got to make people feel comfortable.”

It’s a small thing, but it exemplifies how Adobe approached the pandemic over the past year. Employees’ health and well-being came first, Narayen said. While some companies took no-layoff pledges for a few weeks or months, Adobe pledged not to lay anyone off during the pandemic.

Adobe also conducted regular employee well-being surveys and, by the end of the summer, it became apparent that many people were fatigued and weren’t using their paid time off. Adobe now gives everyone the third or fourth Friday off each month. It also doesn’t start meetings until 9 a.m. in the local time zone.

Adobe’s long had programs that prioritize employee well-being, such as a sabbatical program for employees who have been at the company for five years or more.

People-first policies matter right now more than ever, Narayen said. “Culture is built over years,” Narayen said. “It can be destroyed in a nanosecond.”

Prioritizing for customers during the pandemic

When the pandemic hit, Narayen also wanted to make sure Adobe was prioritizing what mattered to customers.

He and his top leaders gathered feedback through employee surveys, meetings with senior leaders, and monthly town halls with employees. Letting those on the front lines drive the company’s direction was key to surviving the pandemic, he said.

“You can sit in your ivory tower and think you know everything,” Narayen said. “Unless you gather input and feedback.”

The company decided to cancel or shelve some lower-priority, longer-term projects with artificial intelligence and machine learning, and double down on areas that would be more important to customers, like its electronic-signature business and its digital-marketing software.

It also became apparent that Adobe’s digital-marketing business, called Adobe Experience Cloud, was more important than ever. Digital was suddenly the only option for businesses to reach their customers. Adobe’s own transformation is what spurred the creation of Experience Cloud, which was built through acquisitions, starting with Omniture in 2009 for $1.8 billion. In 2020, Experience Cloud brought in $3.4 billion in revenue and counts Walgreens, BMW, and Vodafone among its customers.

“It’s a soup-to-nuts way of enabling any company to engage with their customers, and the importance of that only increased last year,” Narayen said.

And Narayen’s own experience is a bonus for Experience Cloud customers.

At his virtual keynote last March, Narayen gave a glimpse of the secret to his success: “Digital transformation is not just about technology. It is as much about people and processes and creating new DNA within an enterprise.”

Do you work at Adobe? Contact this reporter via email at pzaveri@insider.com or Signal at 925-364-4258. (PR pitches by email only, please.) 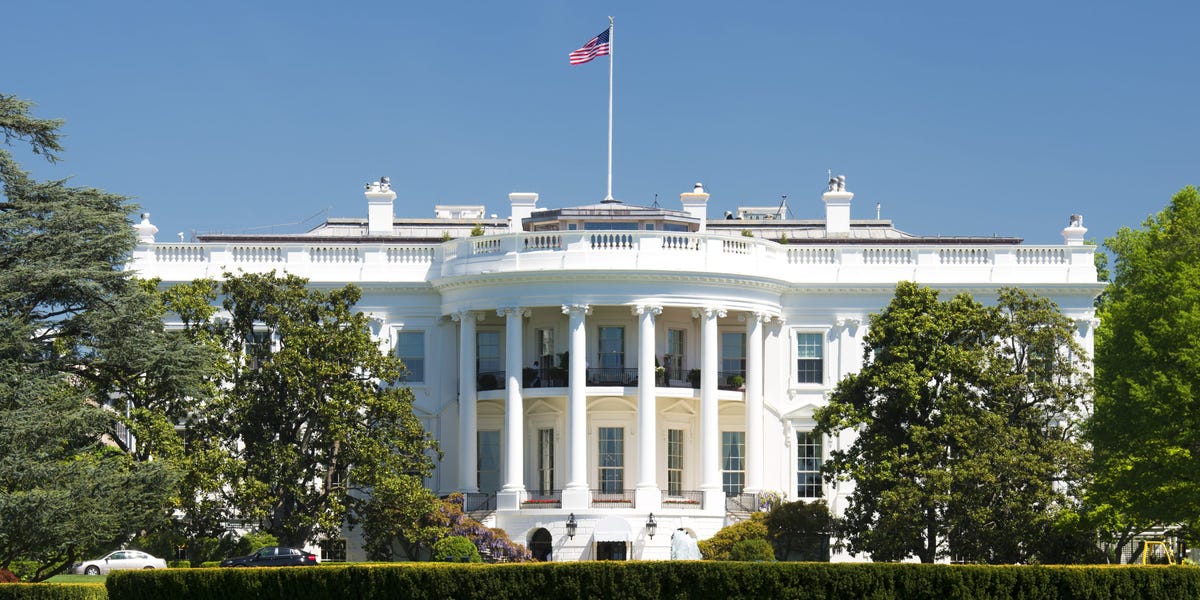 A 2nd suspected case of mystery 'Havana Syndrome' near the White House is under investigation: report 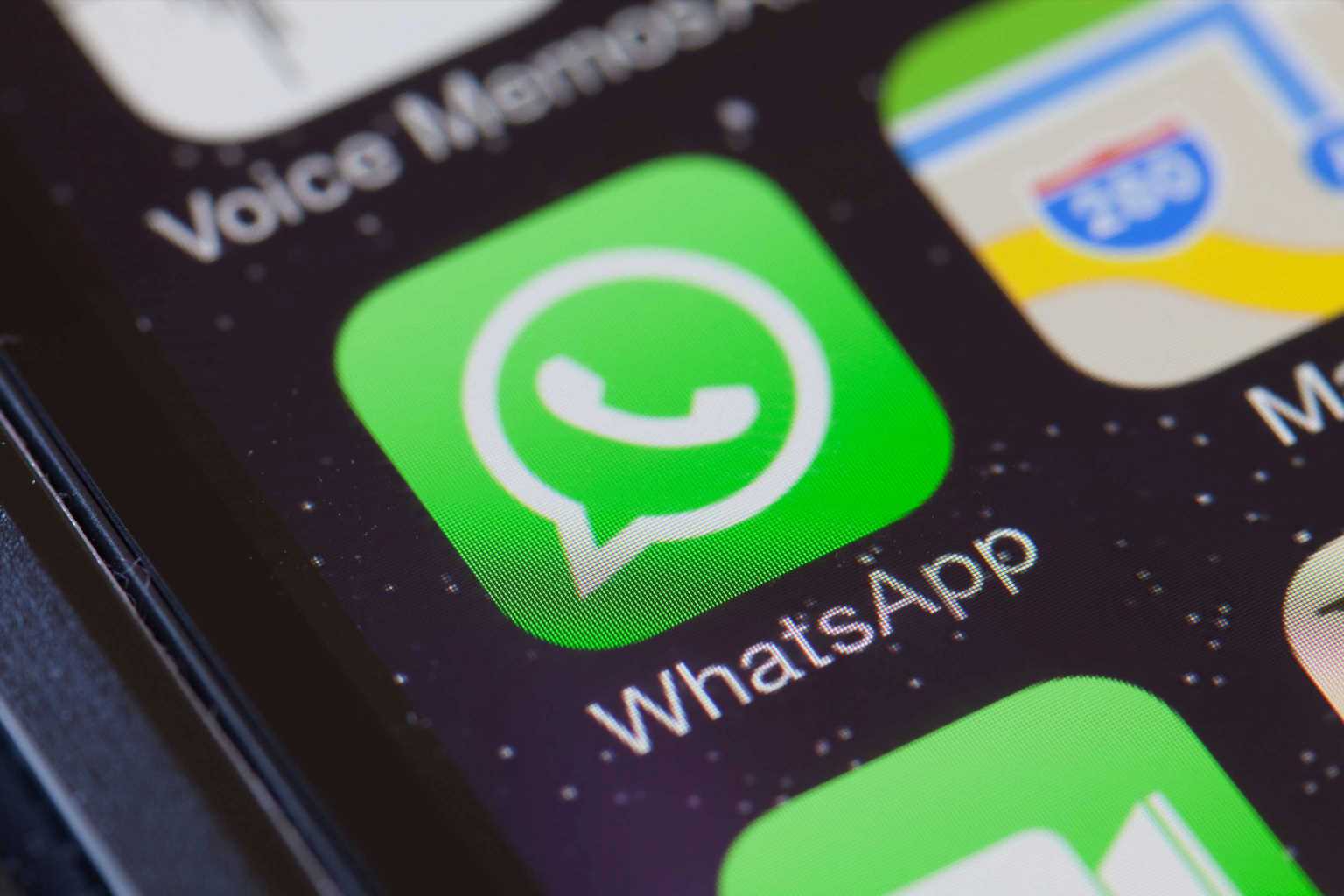