Beijing / Hong Kong (CNN Business)HNA Group Chairman Chen Feng and CEO Tan Xiangdong have been detained by Chinese police, according to the company.

In a brief statement on Friday, the embattled conglomerate said that the two executives had been “placed under compulsory measures” by Hainan provincial police for suspected criminal offenses.
It did not specify which laws were suspected to have been broken. In China’s legal system, “compulsory measures” by the police usually precede formal arrests.

HNA Group is one of China’s most prominent companies, previously known for its aggressive deal-making. In the statement posted on social media Friday, it said that the firm and its subsidiaries were “operating in a stable and orderly manner, with restructuring work moving forward in accordance with the law.”

“Business operations have not been affected in any way,” it added.

Tan, the chief executive, is a US citizen, according to a filing with the US Securities and Exchange Commission from November 2018. The US Embassy in Beijing declined to comment.
News of Tan’s detention came the same day it was announced that Huawei CFO Meng Wanzhou had reached an agreement with the US Department of Justice and was allowed to return home from Canada, where she had spent almost three years under house arrest.
Asked about the HNA executive at a media briefing on Monday, a spokesperson for China’s Foreign Ministry said she wasn’t aware of either Tan or his case.
Once one of China’s largest conglomerates, HNA Group went bankrupt earlier this year. The news marked a dramatic fall for one of the most important players in China’s private sector. 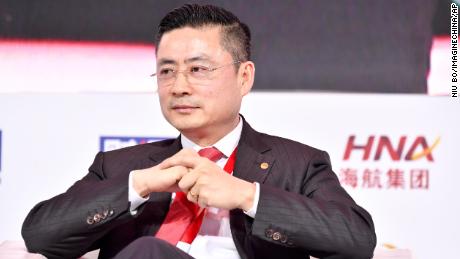 HNA began as an airline more than two decades ago, but grew rapidly into other lines of business over the years through overseas acquisitions, as well as investments in real estate and finance.
Starting in 2015, the group embarked on a $40 billion shopping spree that included investments in Hilton (HLT) and Deutsche Bank (DB). By the end of 2017, HNA’s assets topped 1.2 trillion yuan ($186 billion).
But those acquisitions were built on a mountain of debt, which hit 707 billion yuan ($110 billion) by June 2019. The company’s woes were exacerbated by the coronavirus pandemic, and in February 2020, government officials in Hainan took control. 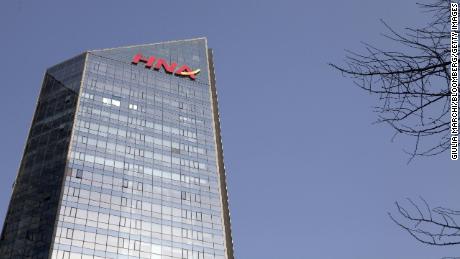 At the request of the company, authorities in the province established a “working group” with other agencies in a bid to solve the company’s financial crisis.
News of the executives’ troubles this week comes as another major Chinese business is facing the spotlight for its own debt crisis.
For weeks, investors have been waiting to find out what will happen to Chinese conglomerate Evergrande, with global markets swayed by fears of contagion.
The property developer is facing a massive cash crunch, which is seen as a major test for Beijing. Some analysts fear it could even turn into China’s Lehman Brothers moment, sending shockwaves across the world’s second biggest economy. 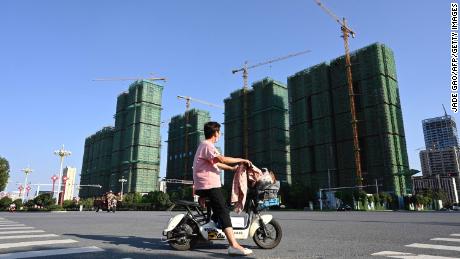 China is also in the midst of a sweeping crackdown on its private sector, with targets ranging from tech to finance.
However, even state-owned entities have not been immune. Those behemoths, along with other government entities, appear to be the latest targets in Beijing’s growing scrutiny of the financial sector.
On Sunday, the country’s top anti-graft official called for “thorough disciplinary inspection of financial institutions,” according to state-run news agency Xinhua.
The outlet said that Zhao Leji, a top politician and member of the Communist Party’s Politburo Standing Committee, had urged financial institutions to take action to better meet the needs of ordinary people, and avoid systemic financial risks.
A new round of inspection has been approved by the ruling Communist Party’s anti-corruption watchdog, which will conduct checks of party organizations in 25 financial institutions, according to the report by Xinhua, which was also posted on a government website.
In China, it is common for major companies to form internal organizations to ensure their companies are staying in line with the Party.