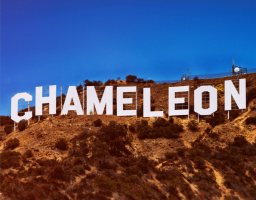 EXCLUSIVE: A podcast that documents the Hollywood con queen scam, which has seen hundreds of people in town taken in by a person impersonating the likes of Amy Pascal and Kathleen Kennedy, is leading a deal between producer Campside and Sony Music Entertainment.

Campside, which struck an investment deal with Stacy Snider, Lis Murdoch and Jane Featherstone’s Chernobyl producer Sister earlier this year, has closed a slate deal with the record label for a number of podcasts.

The show, known as Chameleon, will launch in October and will undoubtedly be required listening in Hollywood and is expected to push the explosive case, which has so far not announced any arrests, forward.

The story follows studio executives, actors, makeup artists, photographers and screenwriters who have been tormented by a scammer.

Campside co-founder Josh Dean told Deadline that they are 90% finished with the reporting and 80% through with production. “We are pretty close to the finish line. I mean we don’t want to give away the ending quite yet, but a lot of very exciting things have happened in the reporting,” he said. “We’ve done a very exhausting job of both reporting the scam and also pursuing the scammer.”

Vanessa Grigoriadis added that they’ve talked to more victims than any other publication. “We’ve followed where the scam has happened from like continent to continent, because it is actually a global scam,” she told Deadline. “We also have a ton of new tape from where the scammer is impersonating other powerful female executives, tape that nobody has heard before, so you’re going to hear a bunch of different guises that the person is in.”

The Campside team say the scam has existed for between seven and ten years.

The show is one of a number that will make up the creative partnership between Campside and Sony Music Entertainment, which has been aggressively been stepping up its podcast business with shows from the likes of Adam McKay and David Tennant.

Emily Rasekh, SVP, Podcast Business Development and Operations, said that when she met the Campside team, which also includes Matthew Shaer and Adam Hoff, the “level of quality of and depth of reporting was really evident”.

“We immediately came away and just figured out that we have got to work with these guys as closely and as much as we can because the stories that they just had teed up are really impressive,” she said.

Sony will oversee the financing, marketing, distribution, monetization and ad sales for series.

Rasekh said the deal is not dissimilar to how the label works with musicians. “There are definitely differences [to signing a band], but I think the overall finding creative talent and trying to take kind of the business side and stresses away from them, to let them focus on what they do best, which is coming up with great content, whether it’s songs or stories, is our goal.”

“Campside has found the perfect partner in Sony Music, who from the beginning, has understood and valued their mission,” said Oren Rosenbaum, Head of Emerging Platforms at UTA. “I have no doubt that this partnership will yield many incredible podcasts as they continue to build their unparalleled and original slate.”